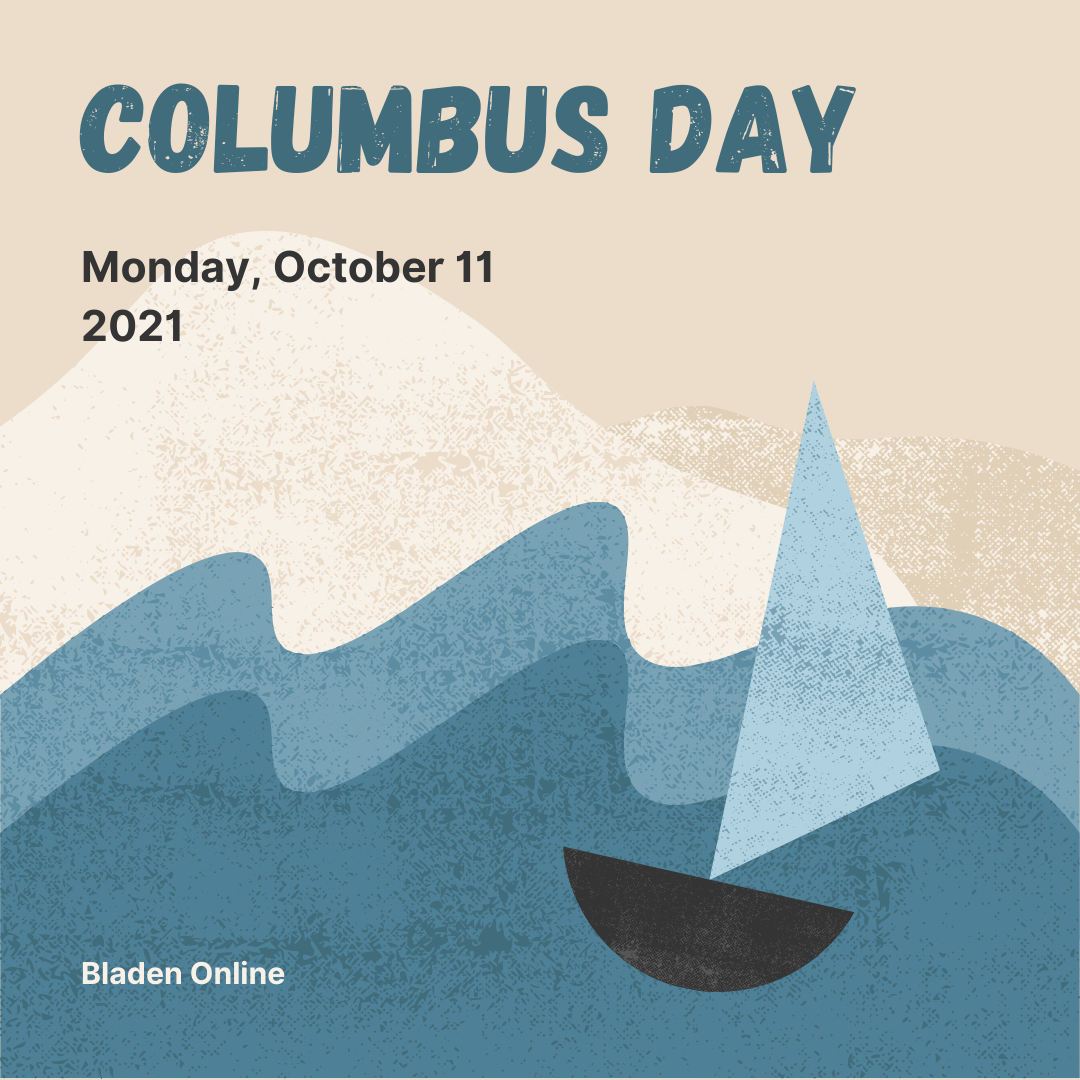 Columbus Day celebrates Christopher Columbus’ landing in the Americas in 1492. For many, it is a day to celebrate the accomplishments of Columbus and to also celebrate Italian-American heritage.

In August of 1492, the Italian explorer set sail, bound for Asia with backing from the Spanish monarchs, King Ferdinand and Queen Isabella. His intention was to chart a western sea-route to Asia, but instead he landed in the Bahamas on October 12, 1492. This made him the first European to explore the Americas since the tenth century when the vikings established colonies and civilizations in Greenland and Newfoundland.

Later in October of 1492, Columbus believed that he arrived in China, when he was actually in Cuba. In December, he arrived in Hispaniola, but believed it was Japan. This is where he established Spain’s first colony in the Americas.

According to History.com, “In March 1493, Columbus returned to Spain in triumph, bearing gold, spices and ‘Indian’ captives. The explorer crossed the Atlantic several more times before his death in 1506.” On his third journey, he finally came to the realization that he hadn’t actually reached Asia.

The first controversy surrounding Columbus was in the 19th century, when due to the association with Catholicism, anti-immigrant groups in the US rejected the holiday. More recently, Native American groups protest the celebration of Columbus day because of slave trades, deaths from disease, murder, and colonization of the Americas that resulted from Columbus’ voyage.

The image of Christopher Columbus as an intrepid hero has also been called into question. Upon arriving in the Bahamas, the explorer and his men forced the native peoples they found there into slavery. Later, while serving as the governor of Hispaniola, he allegedly imposed barbaric forms of punishment, including torture, according to History.com.

Several U.S. cities and states have replaced Columbus Day with alternative days of remembrance. States including Alaska, Hawaii, and Oregon commemorate Indigenous Peoples’ Day. Additionally, so do the cities of Denver, Phoenix, and Los Angeles.