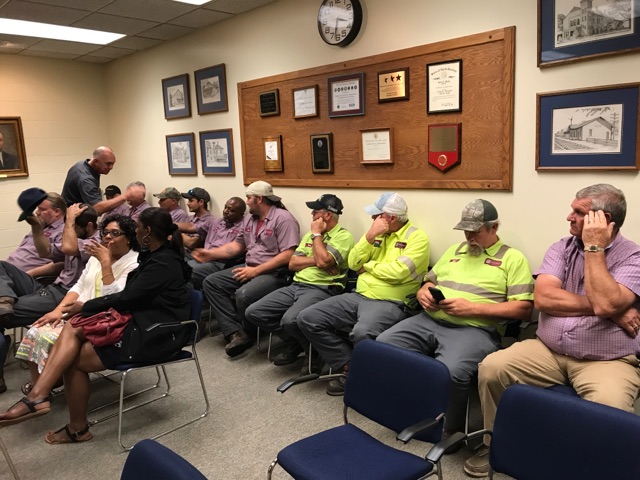 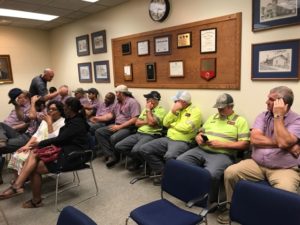 The Bladen County Board of Commissioners adopted the 2017-18 FY Budget on Tuesday and pay increases were the topic of discussion. The board voted to approve pay increases for all employees based on a recent pay study undertaken by the county.

The pay study was performed by David Hill with the Piedmont Triad Council of Government, said Bladen County Manager Greg Martin. Based on the pay study, the Commissioners voted to issue pay increases to be implemented at a rate of 100 percent for those positions which the study identified as below the recommended pay scale. The employees who are already at the recommended pay scale, according to the study, will receive a cost of living adjustment of 2 percent, said Martin.

During the meeting Bladen County Commissioner Michael Cogdell asked about the proposed pay increases. He said it was his understanding the county would offer employees 75 percent for those positions affected by the pay study and a 1 percent cost of living adjustment for those who were already at the pay scale recommended by the pay study.

Bladen County Commissioners Chairman Charles Ray Peterson said, “Some people are already at the level they are supposed to be and a lot of people aren’t.”

When asked about the number of employees impacted by the pay study, Martin said, “It was most of the employees.”

The County has 375 employees and Coleman estimated the pay study would impact 70 percent or 260 employees.

Martin said the level of funding for the Sheriff’s Office is the amount Hill recommended in the pay study. He said Sheriff Jim McVicker has the discretion to tailor the funds appropriated to his department to best meet the needs of the Sheriff’s Office.

The county’s ad valorem tax rate will remain the same at 82 cents per $100 valuation and there are no fee increases. Martin said the water fees will be addressed in the near future based on the proposed Phase IV water project. He said county officials are waiting for final approval from the USDA Rural Development regarding funding for the project. Martin said the County has already received its copy of the Letter of Conditions for the project.