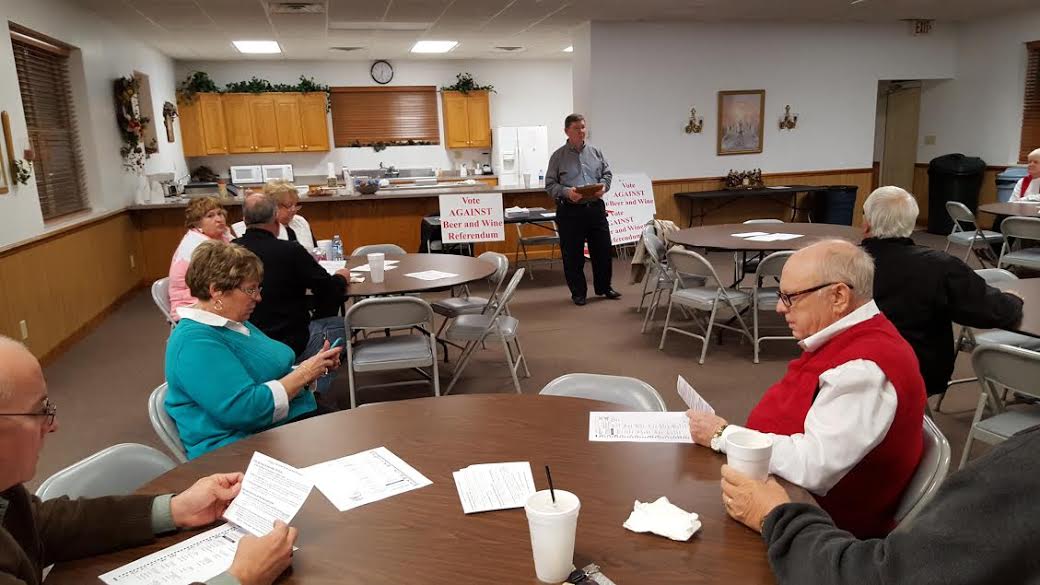 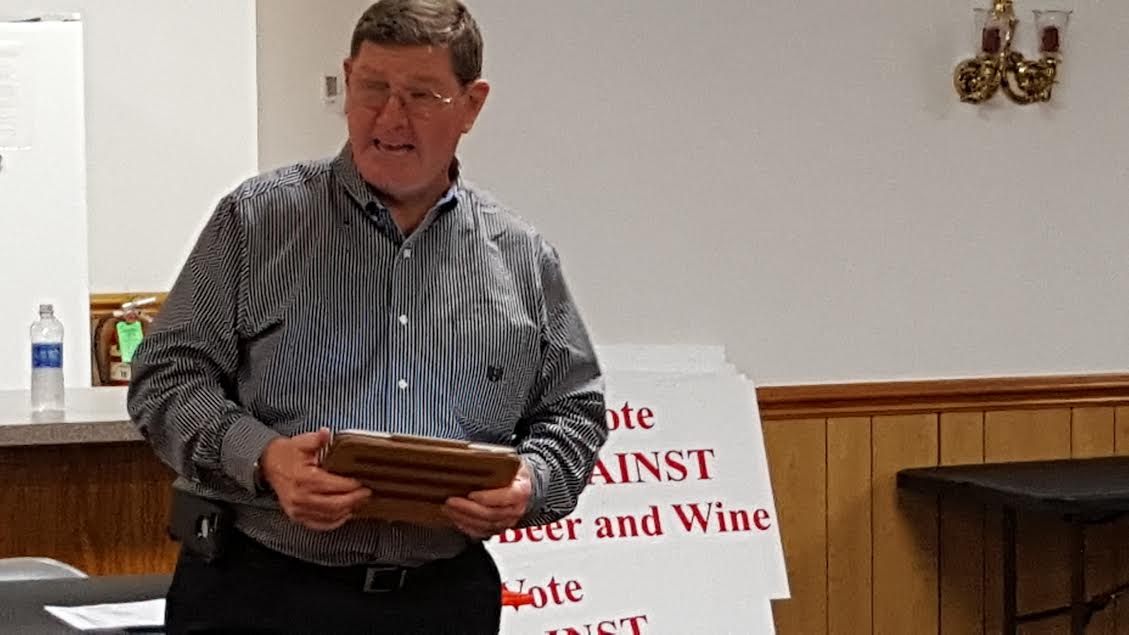 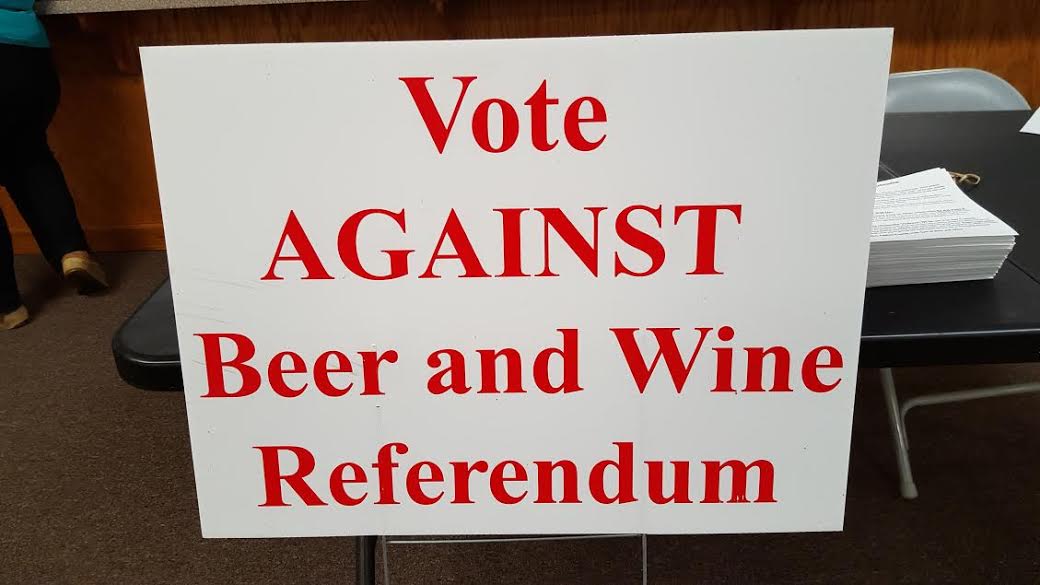 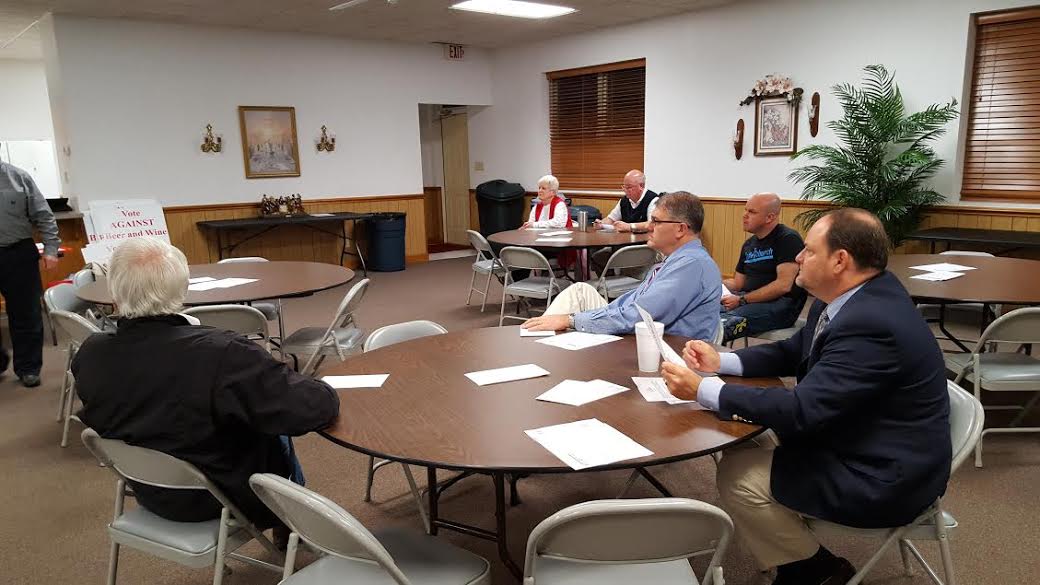 by Joy Warren
A small group of citizens gathered Monday evening at White Lake Baptist Church to discuss the upcoming Referendum on the sale of beer and wine in White Lake.  The referendum is on the ballot for the March 15th Primary Election.  Voters will decide whether to permit the “on-premises” and “off-premises” sale of unfortified wine and malt beverages.
Tom and Kay Martin formed the Referendum Committee through the Board of Elections.  They sent out approximately 80 letters to citizens regardingtonight’s meeting.  There were 16 people in attendance.  Martin seemed unfazed by the attendance and said “Even a small number of concerned citizens can make a difference.  We have battled the issue twice before and won.  We will fight it all the way.”
Martin shared with the group reasons for voting against the Referendum.  He stated it would not bring new businesses to White Lake, other than possibly a few smaller ones whose primary purpose will be to sell alcoholic beverages.  It will not create jobs and it will not help struggling economies.  He referenced the Town of Clarkton, where the sale of alcohol passed several years ago.  “They have had to shut down their police force due to lack of revenue to the Town.”  He encouraged everyone to “know who your Town Council members are who keep supporting it (the Referendum).
Several ideas were shared with the citizens to help stop the Referendum.  Citizens are encouraged to Pray, Vote, Influence Others, and get the information out to others.  Early voting begins next Thursday, March 3rd.
The next Referendum Committee meeting will be held Monday, February 29th at 6:30 p.m. at White Lake Baptist Church.  All concerned citizens of the County are encouraged to attend.
Share: