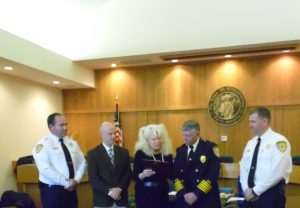 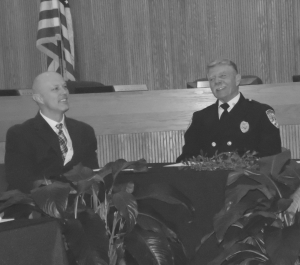 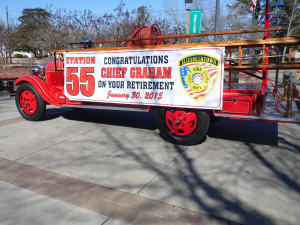 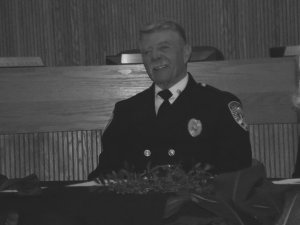 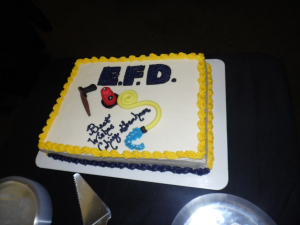 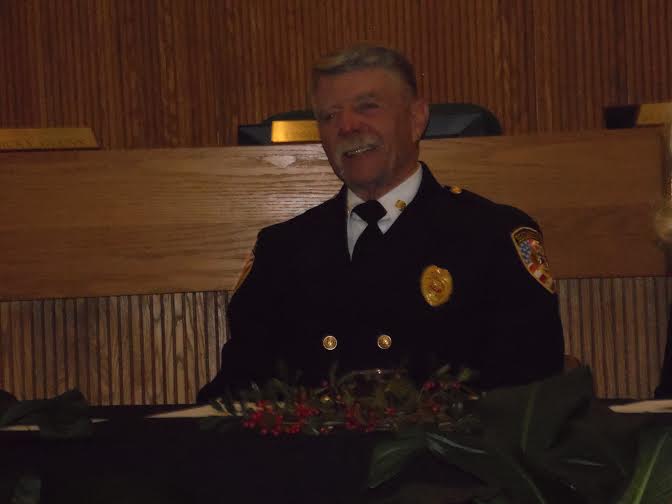 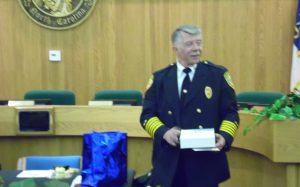 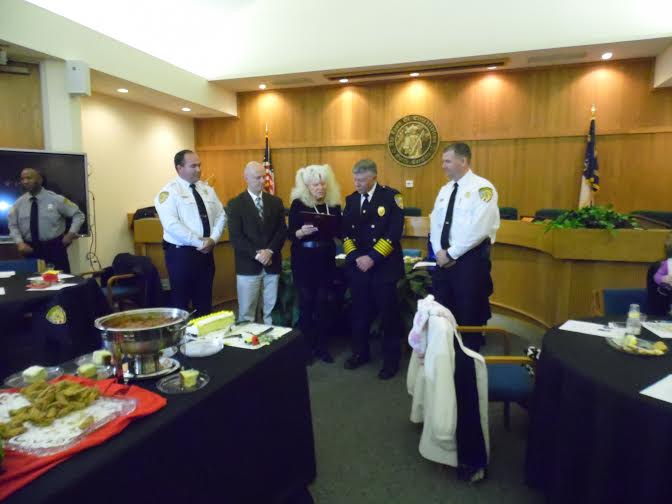 Town Hall in Elizabethtown was packed today with emergency response professionals, elected officials, friends and family to celebrate the retirement of Fire Chief Byron Graham and honor his many years of service.  Graham started his career in 1977 and on Friday, January 30th, 2015 he will retire.

For the past seven years, Graham has been the Fire Chief of Elizabethtown. Mayor Campbell said, “He has done an outstanding job.  Not just representing and protecting the citizens in the town of Elizabethtown, but looking after his firefighters.”  She thanked Graham for his integrity and the example he has set to others.

Graham had a sales business in the dental industry in 1977 when Mr. Elmer Tessenear recruited him to volunteer with the Elizabethtown Rescue Squad.  That is when Graham found his passion and began to write his legacy.  Integrity, dedication and great character was the common theme in the testimonies given about Graham.

Eddie Madden, Town Manager, and many others spoke about Graham’s character and what he means to our community.  He said, “Byron is not only a good hearted person, he genuinely cares about his community, his family, and the men and women that serve with him.  He always has shown great integrity, honesty and determination.”  Deputy Chief Jamie Smith read a poem by Jerry Woodfield, ‘A Man of Integrity’.  Smith said the poem had to be written about Graham.

The new Fire Chief, Nick West, said, “You can tell a lot about a person by the company that he keeps.  Looking around the room, it says a lot about Byron.”  West also thanked Graham for making his transition into Fire Chief and easy process.

Graham kept a smile and humbly thanked everyone there.    We think the Mayor summed it up correctly for all of us when she said, “We wish you all the best. May God continue to bless you in the years ahead.  We wish you all the success.  We love you.”