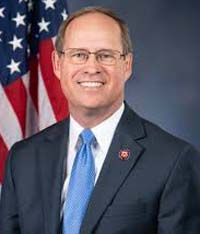 “Since the beginning of the COVID-19 pandemic, as leader of the NCDHHS’s program, Dr. Cohen has repeatedly talked about the importance of Contact Tracing in North Carolina’s efforts to fight the virus,” said Murphy. “In a move long thought to have already been done, late last Friday, the North Carolina Department of Health and Human Services sent a press release to announce that they have finally employed the first round of vendors to begin testing after over three months since the pandemic affected North Carolina. It is well known that Friday night press releases are meant to fly information under the radar. I too would be embarrassed at this poor performance. The delays and unbelievable scripted press tactics are unconscionable in the middle of a pandemic. It appears that it took a call from Dr. Deborah Birx of the White House’s Coronavirus Task Force to Dr. Cohen regarding the fundamental flaw in North Carolina’s approach to testing to finally get this done. Our state’s hospital systems offered assistance months ago and were turned down. We have lost extremely valuable time and resources because of this delay potentially harming our state’s population.

“I have talked about the lack of a coherent plan for testing in North Carolina. I have talked about the lack of transparency in this administration’s approach to the pandemic. This incident speaks to both of these incompetences. It makes one question the reasons for the delay in implementation when the scientific community has repeatedly commented on how important testing is for a successful reopening of our economy. Our surrounding states have had coherent plans for testing, and we are just getting to this now?

“We also found out over the weekend that antibody testing conducted by Dr. John Sanders at Wake Forest University showed that over 1 million people in North Carolina have now been exposed to the virus. How could another institution in our state get this done so quickly when the governor’s administration could not? I have repeatedly called on the administration to do antibody testing and so I’m glad at least another institution stepped up to do this. Antibody testing gives a realistic picture of the virus’s prevalence in the community and helps allay people’s fears. Apparently, the administration doesn’t want that. All this talk about the ‘Science and the Data’ is deceptive when the ‘Science and the Data’ are being manipulated.

“It is a simple fact that more people are testing positive. This result was totally expected. The virus has not disappeared. Hospitalizations are also up but have stabilized. The curve has long since been flattening allowing our hospitals to gather the resources they need. The death rate, which is the most important statistic, has continued to plummet because of excellent patient care and preparedness. Continuing to handcuff the state unnecessarily is not justifiable and cannot continue.

“This most recent move by the Cooper administration fits in line with their lack of a competent plan for our nursing homes. Testing in our nursing homes, where our most vulnerable have composed the majority of deaths, should have been done months ago. The fact that it has taken this long to design a plan to protect them is downright scandalous and is in need of immediate investigation,” concluded Murphy.