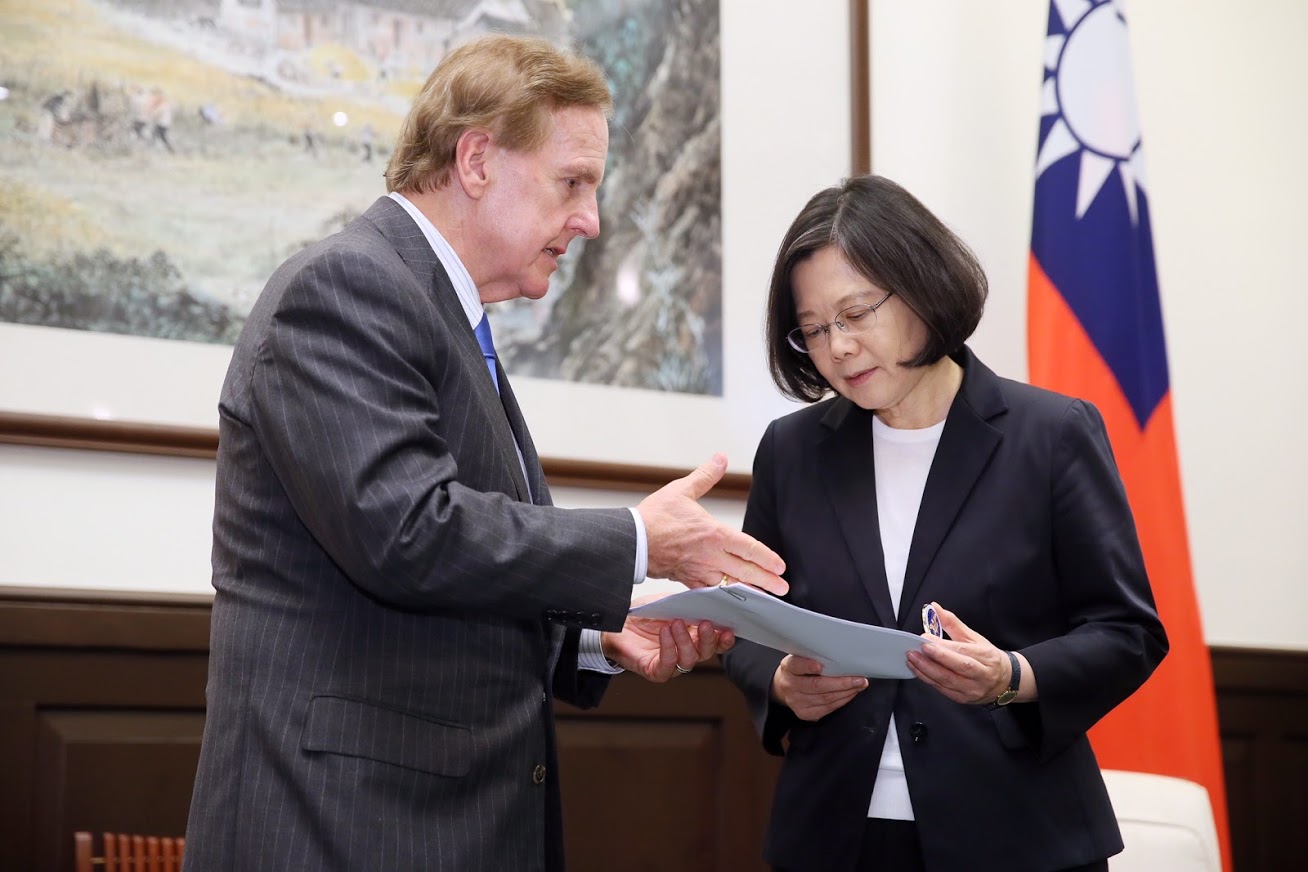 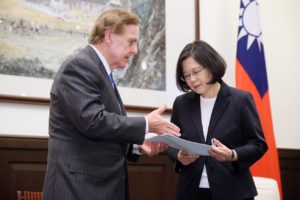 “We need a collaborative, global effort to cut off the many different avenues terrorists use to finance their acts of evil,” said Congressman Pittenger. “We are grateful for the understanding and support of Taiwan. In addition, a strong relationship with Taiwan is important as a countermeasure to Communist China’s increased aggressiveness, both militarily and through cyberespionage. Free and fair trade with Taiwan helps counter China’s dominance while providing new opportunities for American businesses.”

Congressman Pittenger serves as Chairman of the Congressional Task Force on Terrorism and Unconventional Warfare and Vice Chairman of the Financial Services Committee Task Force to Investigate Terrorism Financing. In addition to President Tsai, Congressman Pittenger met with the Minister of Economic Affairs and Minister of Business and Technology.

Published in Announcements, Education and Politics