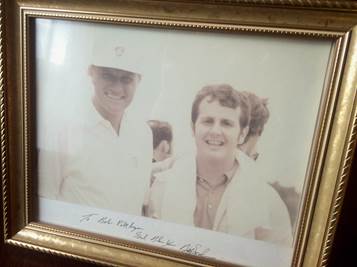 “The world celebrates Dr. Graham’s 98th birthday because of a decision he made 82 years ago last Tuesday.  On November 1, 1934, Dr. Graham accepted Jesus as his personal Savior and committed to telling others about Jesus.  God used that decision to impact millions of lives.

During the 1970s, Congressman Pittenger worked with Dr. Graham and his team on many occasions while serving as Assistant to Dr. Bill Bright, then-president of Campus Crusade for Christ, and has continued to be involved behind-the-scenes on various projects.