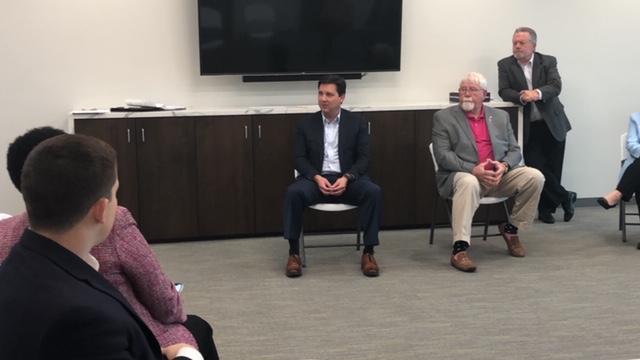 The White Oak Dike in Kelly was a topic of discussion as US Congressman David Rouzer visited with elected officials and Bladen County residents on Wednesday afternoon. The meeting took place at the Mac Campbell Sr. Terminal Building at the Elizabethtown Airport.

In addition to Bladen County Commissioners and officials with the town of Elizabethtown, representatives of the Lyon Swamp Drainage and Levee District Board and the Kelly Dike Committee were present to meet with Rouzer. The issue is the repair and restoration of the White Oak Dike in Kelly, which was breached in Hurricane Florence and resulted in the Kelly community being flooded.

Rouzer advised those gathered that the best first step to resolving the issues with the White Oak Dike and expediting repairs would be to contact State representatives in Raleigh and form a partnership between the local government and State agencies. He told the group he would contact Senators Tom Tillis and Richard Burr as well as members of the NC General Assembly to see what could be done to help the Kelly community.

Rouzer also explained Congress gave up its power to earmark funds for projects about 8 years ago to the Executive branch of federal government. He also noted that President Trump has had little success in getting funds approved to build a border wall.

“Bottom line is we are certainly to work with the County Commissioners your other local officials here and yourselves to help come up with some solutions, but the most expeditious solution is probably not going through the Army Corps of Engineers,” said Rouzer.

Another issue discussed was the issue of rivers and streams that are filled with debris and beaver lodges.

Commissioner Britt stated,” When you only get limited funding, you only clean off the top layer.”

Britt explained that there is debris also caught on the bottom of the rivers and streams that needs to be removed.

The meeting with Rouzer came on the heels of the recent National Association of Counties annual Legislative Goals Conference in Washington DC. Commissioners Arthur Bullock, Ophelia Munn-Goins, Michael Cogdell and Ashley S. Trivette represented Bladen County at the meeting. They all described the conference as informative.

Some of the items discussed during the conference included the need for rural broadband, FEMA funding for counties, agricultural issues and the Opioid crisis.

“In one of the sessions that I attended, I gained a better understanding on FEMA‘s new policy guidelines for counties that could help better prepare our county before disasters hit,” said Trivette. “This session particularly discussed imminent pre-hazard mitigation rule changes following the passage of the Disaster Recovery Relief Act, including funding eligibility and potential standard requirements. They spoke briefly on different types of grants that can be made available as well.”

She noted this helped her to develop a better understanding of the issues.

Trivette also said, “Education is what I believe is the most important issue we need to address regarding this. I truly believe that people who get addicted to opioids did not intend to do so. I believe that we need to support funding for behavioral health programs and services particularly to address the opioid and substance abuse epidemic and flexibility for counties to use funds for prevention and recovery as they see fit for their perspective counties.”

She also noted that counties are in the forefront of the battle against opioid addiction.

Commissioner Munn-Goins stated the Legislative Goals is important because the commissioners get to meet other commissioner from across North Carolina and learn from one another. She explained that she learned there is a program developed in Person County that is helping to make broadband internet accessible to rural areas.

Commissioner Cogdell said one session included discussions on how to improve the criminal justice system, namely improving how cash bonds are set. 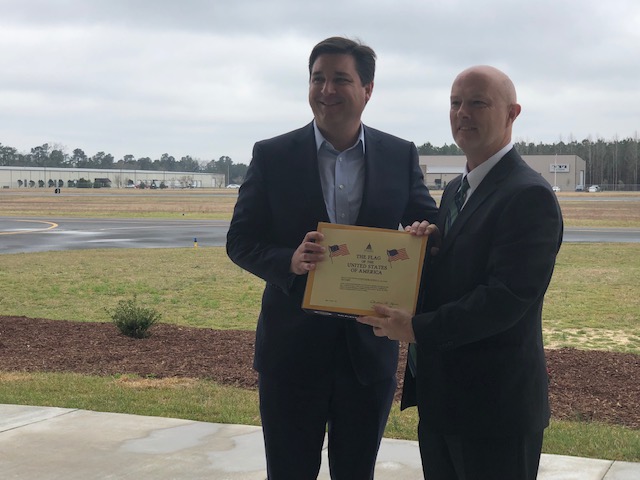