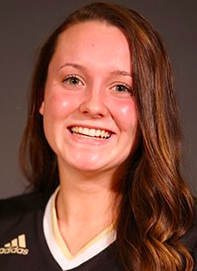 Conner Brisson Has Hit & Stolen Base in UNCP Win

SPARTANBURG, SC – Former West Bladen star Conner Brisson singled and helped produce a run with a stolen base in UNC-Pembroke’s 6-1 softball victory over Converse Sunday in the opening game of a double-header sweep.

Brisson cracked a single to right-centerfield in the 3rd inning that sent teammate Jordan Adcox to 3rd base. The freshman outfielder then stole 2nd base on the front end of a double-steal allowing Adcox to steal home and stretch the Lady Brave lead to 6-0.

The Dublin native also laid down 2 sacrifice bunts in the game. Brisson has started 8 games and played in 9 for UNCP seeing action as a designated player and outfielder. She has scored one run, belted 2 hits and has 4 sacrifices.

The Lady Braves posted a 3-0 victory in the nightcap of Sunday’s double-header to raise their record to 7-3 on the season.

UNC-Pembroke will host Coker in a double-header Friday at 2 p.m. The event is closed and spectators will not be admitted.