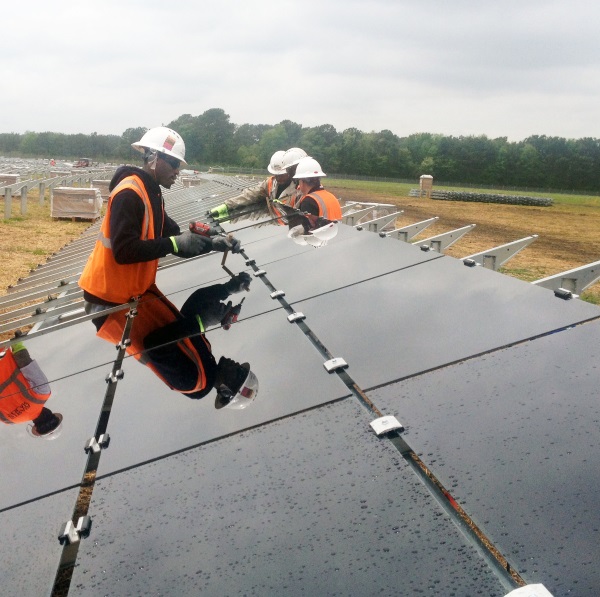 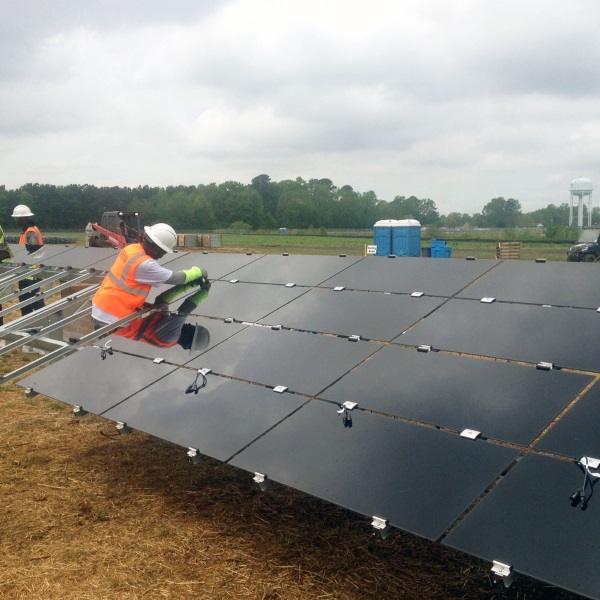 CHARLOTTE, N.C. – Additional workers are arriving and construction activities are ramping up at three Duke Energy solar facilities – part of the company’s $500 million commitment to solar energy in North Carolina.

The previously announced facilities in Bladen, Duplin and Wilson counties are expected to be in service by the end of the year.

“It’s exciting for the town of Warsaw to be involved in a project this size that involves a rapidly growing technology like solar,” Shawn Condon, Warsaw town manager, said. “Once completed, the facility will strengthen the town’s ability to attract other potential businesses.”

At the peak of construction around mid-year, more than 900 workers are expected to be at the three sites. Once completed, the three facilities will have a total capacity of 128 megawatts.

“We are excited to partner with these communities to build and own facilities that offer customers additional options to use solar energy,” said Duke Energy’s Rob Caldwell, senior vice president, Distributed Energy Resources. “Renewable energy will continue to be a growing part of our generation mix in the Carolinas.”

–  Warsaw Solar Facility – Located on Penny Branch Road in Warsaw, Duplin County, the 65-megawatt facility will cover 500 acres and have about 850,000 solar panels. It is the largest solar facility under construction in North Carolina.

–  Fayetteville Solar Facility – Located on N.C. Highway 87 in Bladen County near the Cumberland County line, the 23-megawatt facility will cover 120 acres and have about 105,000 solar panels.

The Duke Energy-owned facilities are part of the company’s continued expansion of renewable energy in North Carolina, including a 13-megawatt solar facility to be built at Marine Corps Base Camp Lejeune in Onslow County. The company is also partnering with solar developers to purchase the electricity output from large solar facilities planned in the state.

To access Duke Energy solar b-roll footage in MP4 format from the company’s Dropbox account, send an email to randy.wheeless@duke-energy.com.

Images of construction at the Warsaw site in Duplin County are available on Flickr.

Headquartered in Charlotte, N.C., Duke Energy is a Fortune 250 company traded on the New York Stock Exchange under the symbol DUK. More information about the company is available at duke-energy.com.