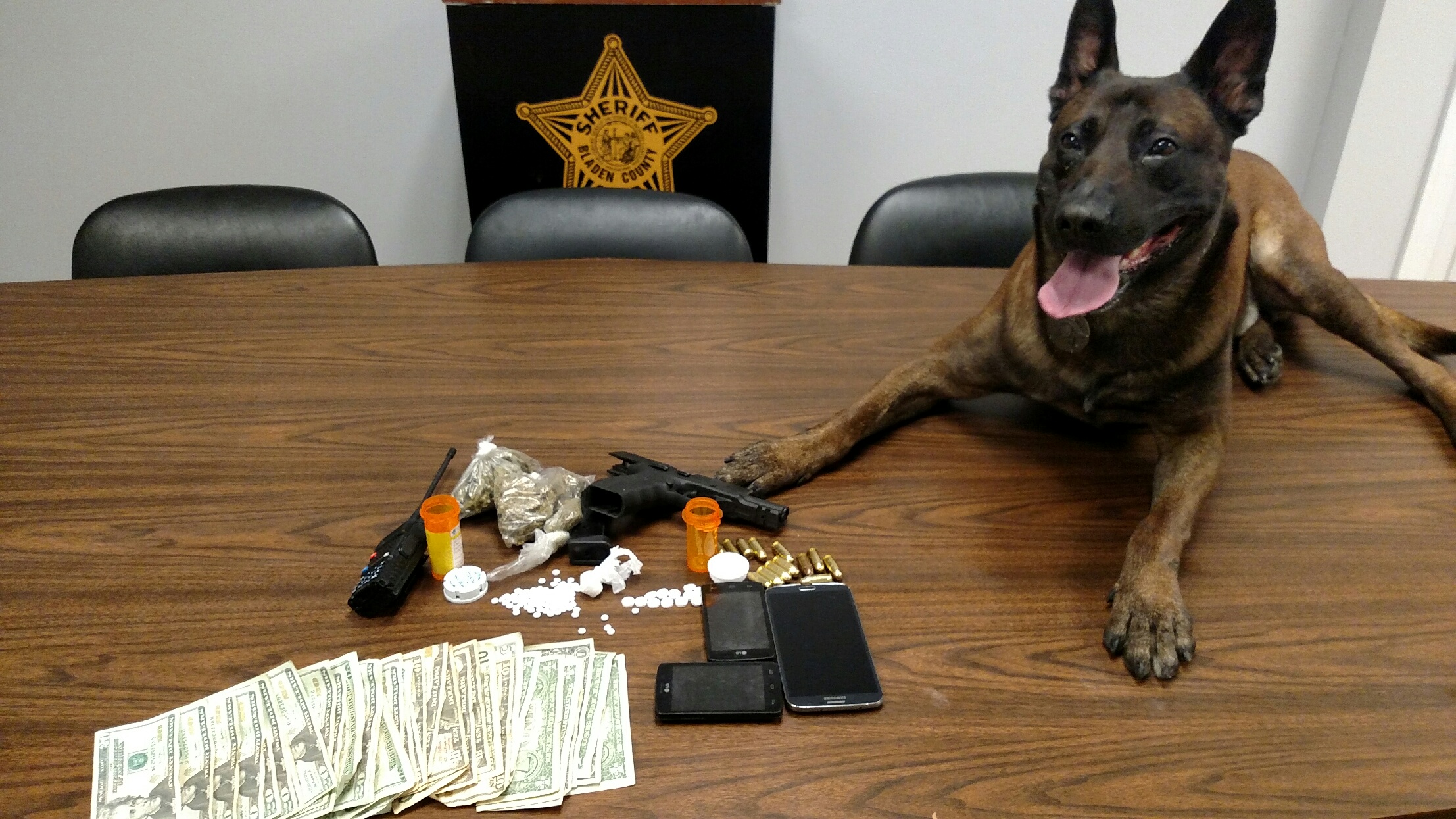 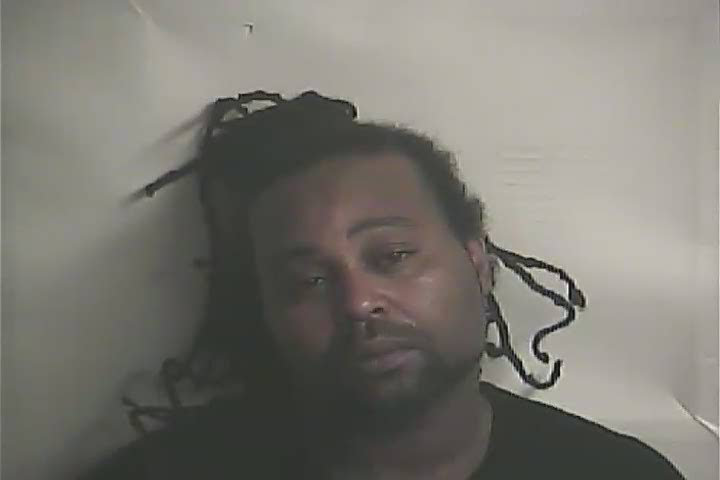 Sheriff James A. McVicker said a stop by one of his K-9 officers lead to a narcotics violation and the recovery of a stolen weapon Saturday night.

“Sergeant Daniel Clark and his K-9 partner Jaxx made a vehicle stop for suspected impaired driving, Saturday night around 11:00 p.m in the Butters Community,” said McVicker. “During the stop Clark determined the driver, Kendrick Lee Jackson, 36 of 421 Marigold Lane, Lumberton was operating a vehicle with no license. Deputy Clark requested the assistance of Bladenboro Officer Timothy Hester and Bladen Corporal Travis Deaver. Clark deployed his K-9 Jaxx who alerted on the vehicle.”

McVicker said a subsequent search disclosed a stolen handgun from Robeson County, 20 grams of pills and 112 grams of marijuana.

“This is a good example that there is no such thing as a ‘routine’ traffic stop,” McVicker pointed out. “Officers cannot assume anything and have to be prepared for everything. Here they were confronted with a convicted felon having a concealed, stolen gun and narcotics. Officer safety is important to us all and that is why local and state departments rely so heavily on each other for backup and support.”