Cape Fear Valley Health has announced in recent weeks the temporary furlough of over 600 employees. On March 27, the health system furloughed approximately 300 staff due to the temporary closing of some services and rescheduling of elective surgeries and procedures. Then in April, the healthcare facility announced approximately 350 more employees are being furloughed.

In a press release, the medical center sited a 60 percent drop with inpatient occupancy at its flagship hospital. Bladen County Hospital is part of the Cape Fear Valley Health System.

Officials have warned rural hospitals may not be able to keep their doors open as the coronavirus pandemic saps their cash, their CEOs warn, just as communities most need them.

The American Hospital Association responded in March by asking Congress for $100 billion for all hospitals to offset coronavirus costs. The letter stated, “Some facilities and practices are able to absorb significant losses for a period of time but others, such as rural facilities, are not.” In closing the American Hospital Association officials stated, “We ask that Congress provide resources to ensure America’s health care system can respond with the best possible outcome.

Well before the COVID-19 threat, rural health care’s profitability had collapsed nationwide due to a combination of narrowing Medicare reimbursements, a larger share of patients lacking high-paying private insurance and the hollowing out of rural America. Given such pressures, more than 120 rural hospitals have been forced to close over the past decade.

Those hospitals in small-town America that have survived rely heavily on moneymakers such as elective surgeries, physical therapy, and lab tests to make their razor-thin margins work. But, according to the Chicago-based Chartis Center for Rural Health, almost half of them still operate in the red.

So the added financial hit from the coronavirus outbreak could be the final straw for many rural hospitals — exposing the complicated business dynamics at play within the United States’ critical public health infrastructure.

“This virus, and what it is causing for these hospitals, is the perfect storm that will close these hospitals at a time this country critically needs them,” said Robin Rau, CEO of Miller County Hospital in southwestern Georgia. “This is going to be the death blow to them.”

Two weeks ago, she started eliminating all medical services that were not urgent. She estimated that has cut off at least half of the hospital’s revenue. Other CEOs warned similar cuts at their hospitals mean they won’t make payroll in the coming weeks. 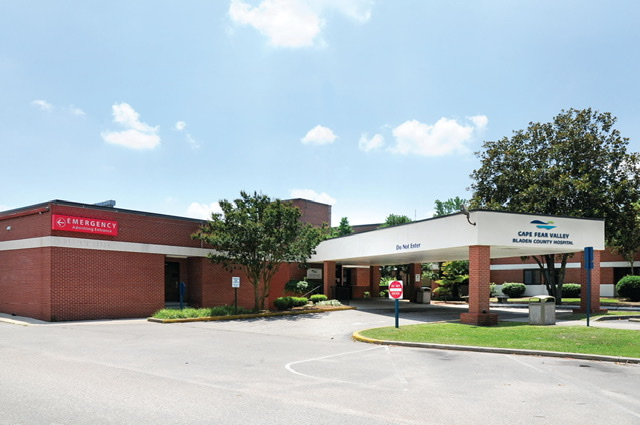 While Cape Fear Valley has furloughed workers, there is no expectation for them to close their doors. However, if donation to Cape Fear Valley-Bladen County Foundation may assist them at this vulnerable time. To donate, follow this link: