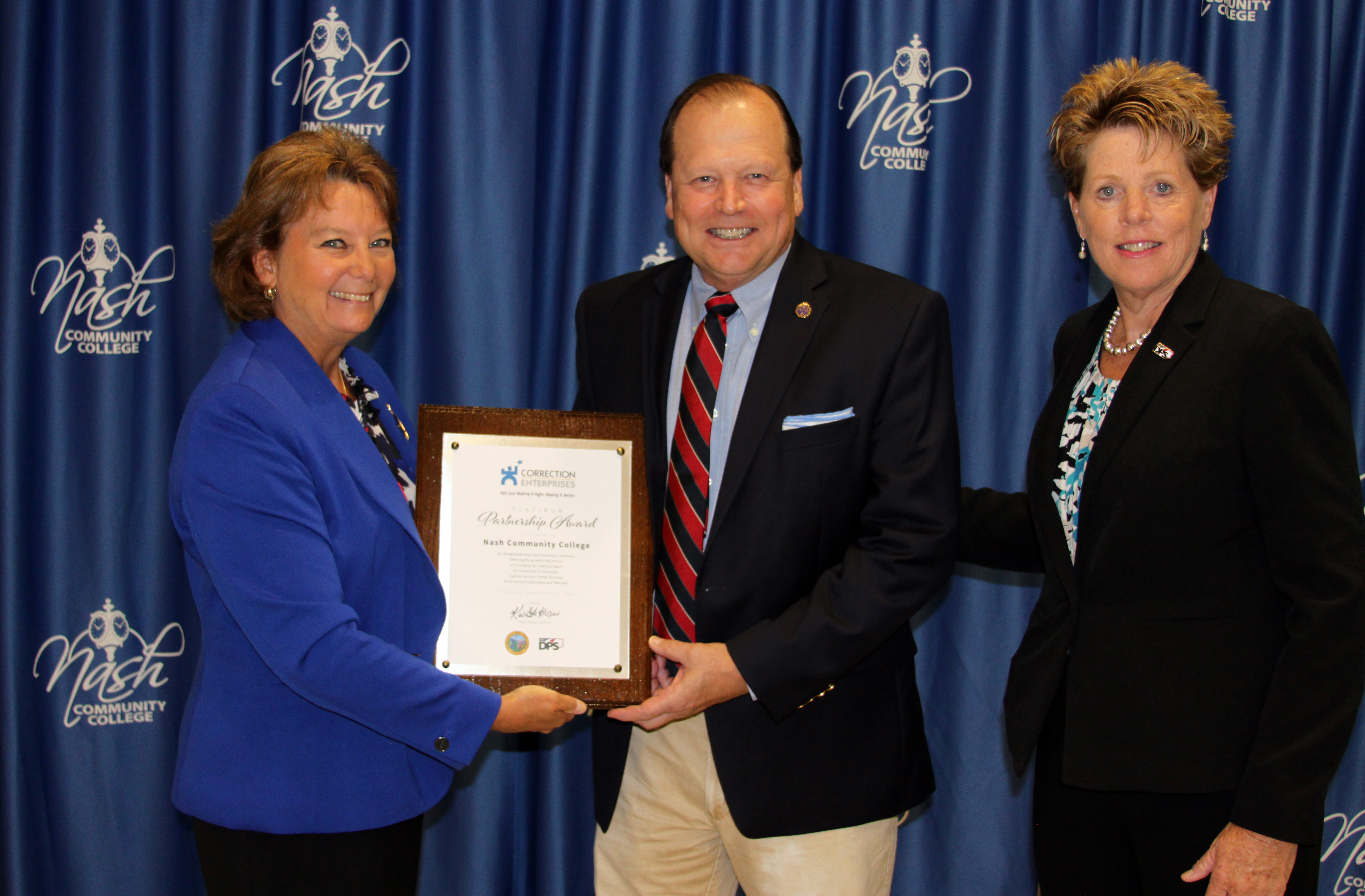 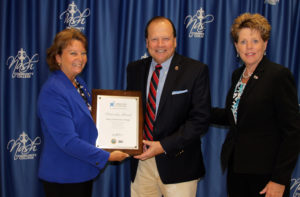 RALEIGH – Correction Enterprises and Nash Community College have had a great relationship thanks to the school providing complimentary space and cooperation for an on-campus optical center.

“We created this special award in appreciation for those who have demonstrated an extraordinary commitment to supporting NCCE’s vision to create a safer North Carolina through the changing of lives,” Correction Enterprises Director Karen Brown said. “We could not have picked a better first recipient of this award than Nash Community College.”

Last fall, the prison needed the optical location for prison staff expansion, according to Brown. Nash Community College, which has provided valuable vocational training classes to Nash CI inmates through the years to better prepare them for life after prison, provided on-campus space for the optical center this past January.

“The combination of these classes, the optical production facility and the on-campus optical center will have a long-term positive impact on inmates, our customers, and the safety of our communities,” said DPS Deputy Secretary Gwen Norville, who oversees Correction Enterprises.

Brown added, “We were grateful the college stepped up and agreed to provide space for the optical center. Since then, sales have increased substantially, and are projected to surpass 2016 calendar year sales by 20 percent.”

Nash Community College President Dr. Bill Carver said, “We’re pleased to be the first one to receive this award. We want to be an example to others that we’re all in this to help people.”

In fiscal year 2017, Correction Enterprises produced $4.4 million worth of glasses for the state’s Medicaid patients, state prison inmates, vocational rehabilitation clients, as well as state employees and retirees of state and local governments.