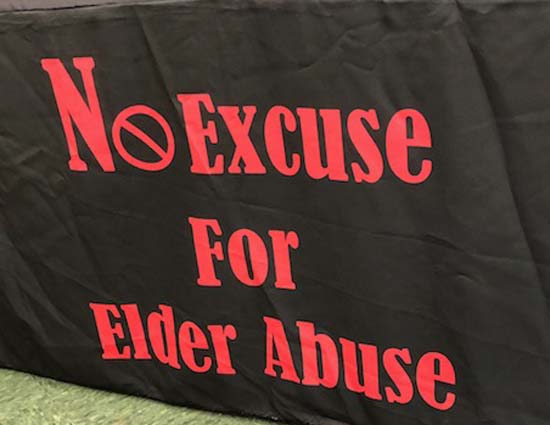 There followed a trio of public hearings, beginning with the proposed Fiscal Year 2021-2022 Budget. Once the public hearing was called, only Director of Emergency Services Nathan Dowless came forward to comment.

He made a plea to reinsert into the capital budget a requested heavy-duty 4-wheel-drive diesel pickup to alleviate the overtaxed fleet of older vehicles in his department; he detailed the additional resources this vehicle would free up during emergency operations.

Dr. Amanda Lee, President of Bladen Community College, was present to thank the Board for its financial assistance throughout the year. She highlighted several programs, including nursing, that had thrived in the last school year, and one – a machining course – that will be added to the curriculum in the Fall term.

Chairman Peterson closed the public hearing and immediately opened a public hearing regarding the proposed FY 2021-2022 appropriations for a number of economic development activities.

These included the Bladen County Economic Development Commission with an operating budget of $251,113; a portion of this budget is reimbursed by Bladen’s Bloomin’ Agri-Industrial, Inc.

The County has an incentive agreement with Smithfield Farmland Corp. for $226,498 and with New Generation Yarn Corporation for $21,925; and, these expenses are included in the proposed budget.

The Elizabethtown-White Lake Chamber of Commerce would receive $3,500 to support Chamber operating costs, marketing, and events.

Bladen’s Bloomin’ will be receiving $460,730 from the State for the NC Department of Motor Vehicles Call Center and the Elizabethtown JobLink center; this is a passthrough for Bladen’s Bloomin’s operating costs at these facilities. In addition, the County pays $30,000 for county employees and services at the JobLink center.

The County allocates $20,000 to the North Carolina Southeast (NCSE) Partnership to support the public-private partnership that provides business and industrial recruitment to eighteen counties in southeastern North Carolina.

With no comments regarding this presentation, the Chairman closed the second public hearing and opened a third on a rezoning proposal on 4.89 acres of undeveloped property at the intersection of NC41 and NC87 southwest of Dublin.

Planning Director Greg Elkins advised the Commission that the Bladen County Planning Board had met to review the rezoning request from RA Residential-Agricultural zoning to Commercial. He said that Board’s findings met all five stipulations for approval of such a request.

First, rezoning would zone all similarly situated properties in the area in the same category; second, the rezoning would permit uses that are in the general public interest, not merely the interest of an individual or small group.

The Planning Board found that the proposed rezoning was consistent with the maps, policies, goals, and intent of the Land Use Plan.

The Chairman invited comments on the matter, and Fayetteville developer Joseph Riddle and his attorney Lonnie Player appeared before the Board to present their case for the rezoning; Mr. Riddle profiled his decades of commercial development experience and promised that any development would be compatible with surrounding businesses.

Ms. Lynn King stood to express her general opposition to the project. Alan Brisson told the Commission he spent his life’s savings to buy his home next to the lot now under consideration; he asked what “commercial” business would be placed on the lot.

He told the Board that the property to be rezoned is “low land, and remains wet all the time,” and is therefore unsuitable; in closing, he offered a petition containing 168 names in opposition to the rezoning.

Finally, William McNeal advised the Board that four generations have lived on their property, and the tranquility of the area would be shattered with the resulting traffic.

Upon closing the final public hearing, Mr. Peterson requested that the Directors of the Departments of Health & Human Services and Social Services, as well as the Division on Aging – Dr. Terri Duncan, Ms. Vickie Smith, and Ms. Kelly Robeson, respectively – to come to the podium. He encouraged the Board to come out down from behind the dais for this presentation.

There seemed to be many matters of interest to Commissioners: First, both Commissioner McGill and Commissioner Munn-Goins expressed that they would have to be dropping out of the zoom meeting for other obligations.

However, before signing off, Mr. McGill stated he has learned that many of the septic systems in the Baytree area are failing, possibly due to the very high level of home construction in that rural neighborhood. He asked if the County could ascertain what the problems are there.

Commissioner Arthur Bullock urged the other Commissioners to support NC House Bill 921, regarding “Community Investment in Tier 1 Counties;” he then noted that every teacher in the Robeson County school system will be getting a $1,000 Xi Jinpingfluenza bonus.

Chairman Peterson read a prepared statement regarding procedures and conditions for entering closed sessions; Commissioner Bullock replied that he followed that procedure last month; Commissioner Michael Cogdell stated that this confusion was why he had asked to have this matter put on the agenda for discussion.

County Manager Martin advised the Board that the County’s procedures are based strictly on State Statute. He said that henceforth, the specific matter to be heard in closed session will be provided each Commissioner.

Gene Lockamy, president of the Dublin Fire District Board, came before the Commission to inform them that the Town of Dublin has formally approved the Fire Tax increase from 6.5¢ to 9.8¢; this increase is to pay for two part-time positions for week-day assignment when volunteers are normally working.

Nathan Dowless of Emergency Services again came before the Board to update them about the originally approved $317,000 grant to place generators and switching equipment at the two high schools: It has since been determined that this amount is not nearly enough to do the work at even one of the facilities.

Mr. Dowless had attempted amending the grant request but was turned down. He explained that the County has opted out of the current grant and will apply for a $1.5 million grant during the next application round.

Mr. Martin provided the Board with a Calendar Review for the remainder of June and the month of July; he reminded the Board that there will be a final budget workshop at 5 pm before the June 21st meeting. He then updated the Board on the Broadband Assessment Survey being provided by the Council of Governments.

He requested consideration of approval for three items regarding the transfer of current county-owned property at the Tar Heel Middle School to the Bladen School Board; this will provide them legal authority to build the new facility. His request was unanimously approved.

Also unanimously approved was his request to consider a “Declaration of Official Intent to Reimburse” regarding the new combined primary and middle school in Tar Heel.

There being no further business to come before the Commission, the meeting was adjourned at 7:55 pm.