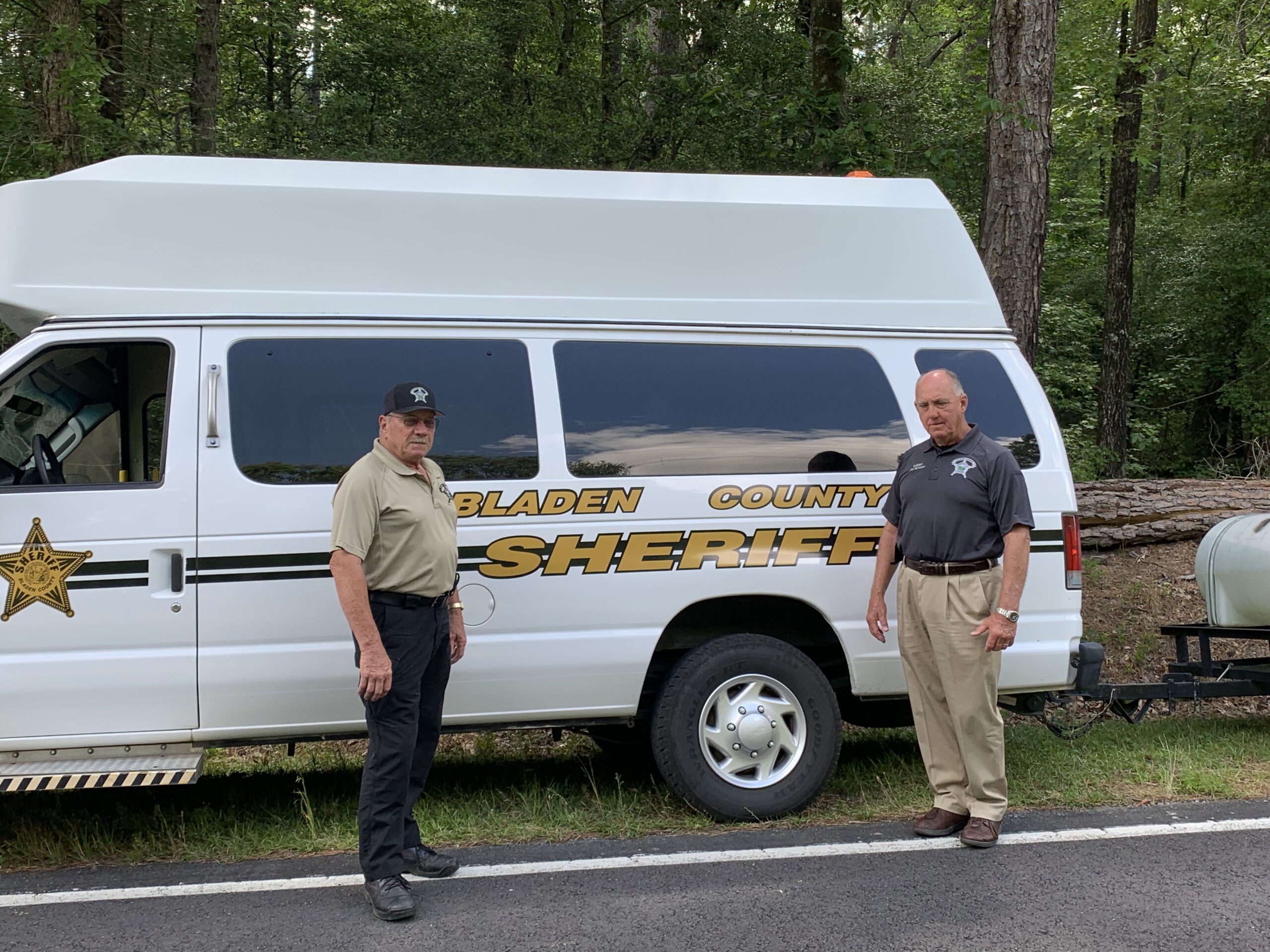 The Sheriff’s Office utilizes 4 to 5 misdemeanor confinement inmates to pick up trash along Bladen County highways. Each inmate volunteers for the program and can earn days off of their sentence for participating in the program. 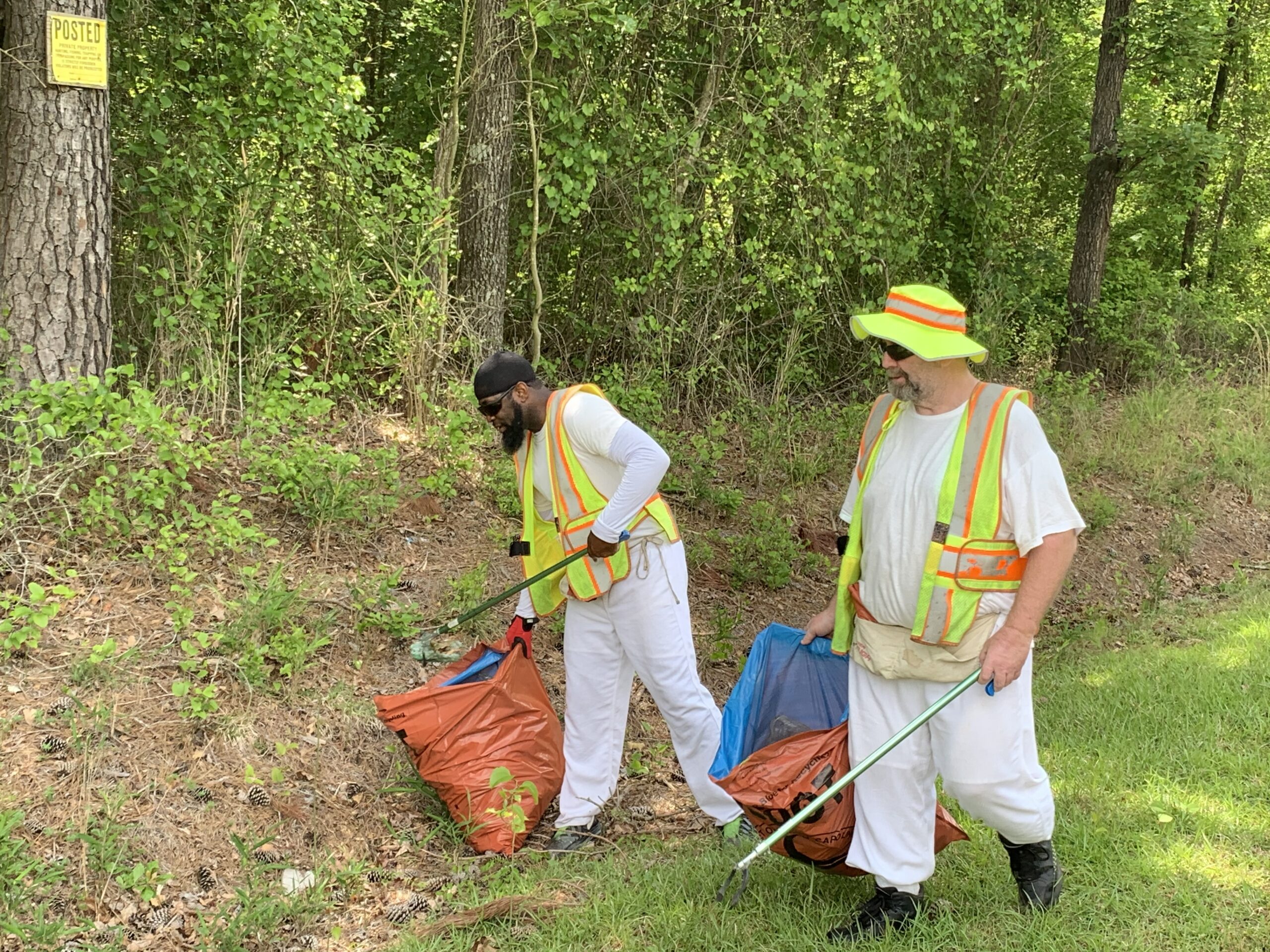 Sheriff McVicker visited Highway 210 in the Kelly Community this past week where inmates were cleaning up along Highway 210. Shown below is Sheriff McVicker and Jesse Anderson with a jail van that was converted to accommodate the inmates and the program.The van carries water for the inmates to clean their hands and drink as well as a port-a-potty for bathroom facilities.

“I have been very pleased with our inmate trash program, said Sheriff McVicker. “It gives the inmates something to do for the community while earning time off of their sentence for the work and it keeps our Bladen County highways looking clean and beautiful”. 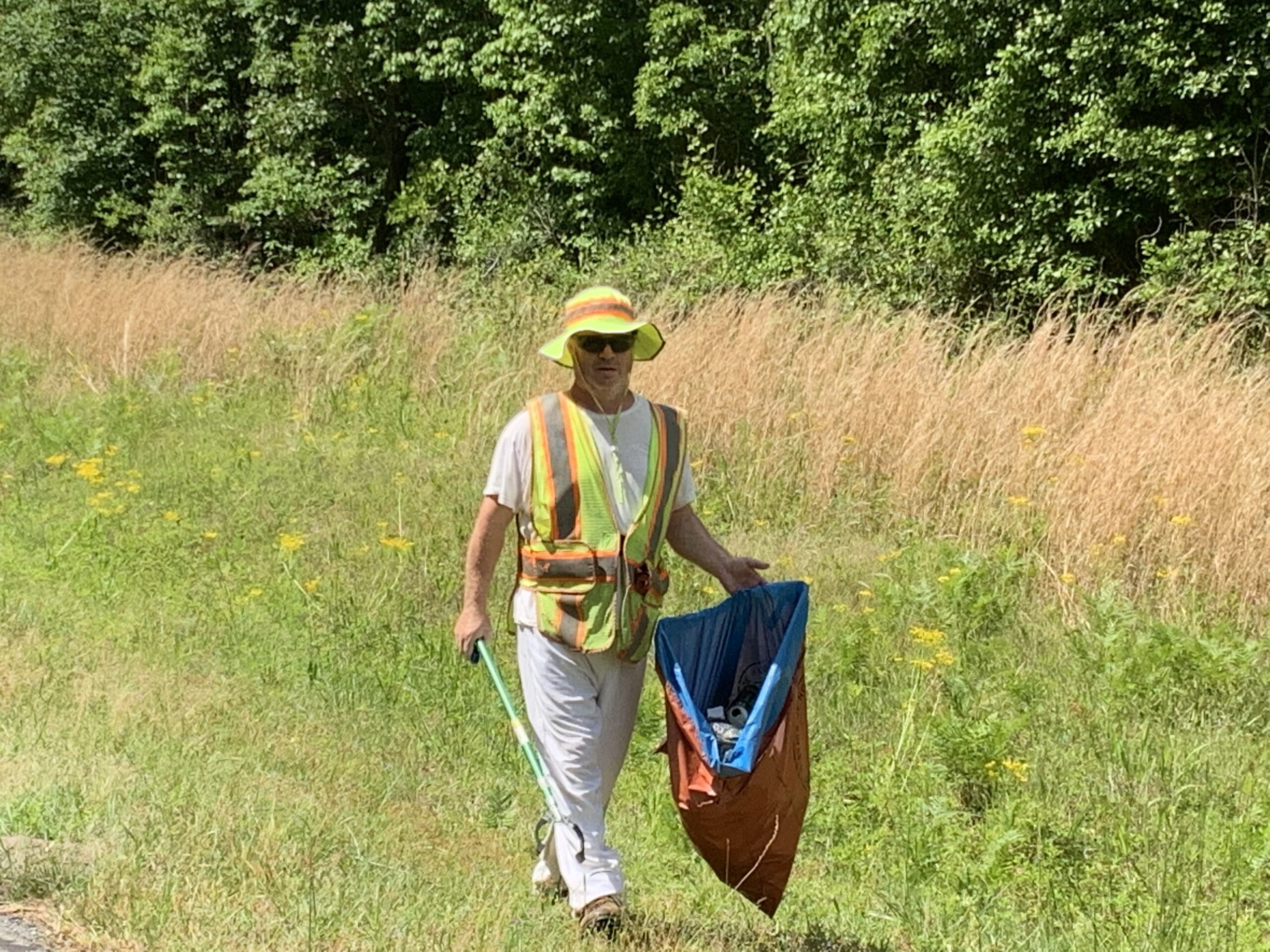