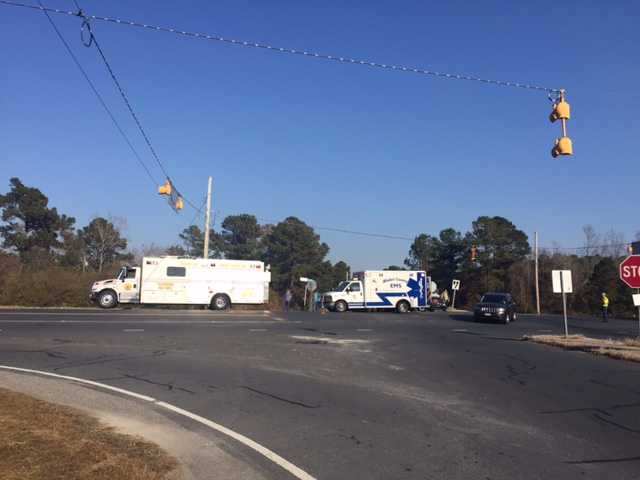 A crash at the intersection of NC 211 Bypass and NC 242 near Bladenboro sent several people to the hospital with minor injuries on Friday afternoon.

According to North Carolina Highway Patrol Trooper Sellers, a Chrysler car driven by Tammy Justice of Elizabethtown was traveling on NC 242 and pulled into the path of a white Dodge Pickup truck driven by Thomas Judson of Bladenboro. Judson was traveling westbound on NC 211 Bypass.

Following the collision in the intersection, the vehicles struck a Chevrolet van driven by Lennell Howell of Bladenboro that was sitting a the stop sign at NC 242 southbound.