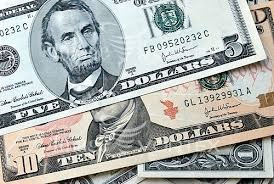 WASHINGTON, D.C. – Today, in oral arguments before a federal appeals court, Wells Fargo will try to again stop consumers in 49 states from banding together in a lawsuit that challenges overdraft fee practices, which a California court concluded were “unfair and fraudulent.” Wells Fargo will try to use its forced arbitration clause, buried in the fine print of customer contracts, to prevent consumers from having their day in court. The case comes as a recent arbitration rule released by the Consumer Financial Protection Bureau (CFPB) last month aims to prevent future financial contracts from including these clauses. The House of Representatives has voted to cancel this arbitration rule and the Senate is considering doing the same when it returns from the August recess.

“For nearly a decade, Wells Fargo manipulated the order of purchases in order to trigger more overdraft fees – and it is the only major bank that has refused to settle in court for bilking its customers this way. Wells should compensate its victims properly and publicly through our court system. Wells Fargo’s attempt to avoid accountability by forcing consumers into a rigged arbitration system shows why the new CFPB rule is so desperately needed.

“In looking at overdraft fees, we see they are particularly painful for poor and working-class families and can drive them out of the banking system altogether. These expensive fees drain checking accounts of savings and the bulk of fees are disproportionately paid by a small number of customers.  While some banks have stopped abusive overdraft practices, Wells Fargo has not only continued, its practices have misled consumers into paying even more excessive fees. Wells Fargo’s income from overdraft fees rose 7.5 percent last year. This is blatantly unfair to consumers and must stop.”