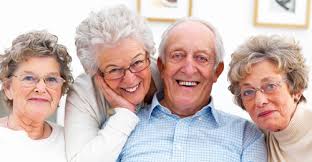 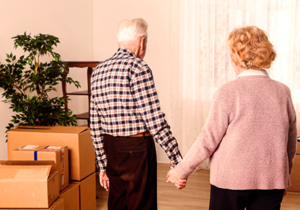 The cost of Satellite and Cable television packages seems to be increasing each year. With the recent merger of Time Warner Cable and Spectrum and the emergence of such items as the Amazon Fire Stick, the one’s who seem to suffer the most are senior citizens with limited resources.

In a Bladen Online investigation, when searching for cable or satellite companies who offer discounts or other incentives for senior citizens, it was learned there are very few options available to senior adults.

Time Warner Cable, now known as Spectrum, offers no senior citizen discounts at all. Spectrum does, however, offer promotional discounts but after one year the discounts will end and the price of their services will increase to the full retail price of the package selected. The services offered by Spectrum ranged from $99 per month to $189 per month depending on what options the user selected, according to the company. Internet access alone costs $69.99 per month. Gordon Kinlaw said he had been receiving internet service in a few different locations from Time Warner Cable for a low cost of $14.99 per month. When inquired about, this option was not offered.

Direct TV’s fees are lower but a satellite dish will need to be installed. Also, depending on the selections made, the customer could pay additional fees with the installation of the satellite dish, according to the company. The monthly fees range from $99 to $109 per month and Direct TV offers no internet service without the purchase of a television package. No senior citizen discounts are offered. However, a company representative said, after the system is set up, a member can call to inquire about discounts based on their age and their service option once the package is agreed upon and services have begun. There was no guarantee given.

Dish Network’s fees are the lowest but also require a satellite dish to be installed on your property. Television and internet services cost $97 per month for basic channels and internet service alone costs $59 per month. Dish Network, like Direct TV, said a senior citizen can call after they begin receiving their service and discuss discount options. Again, there was no guarantee given.

The Amazon Fire Stick can only be used on televisions which are new enough to have a USB port. The user will need to have internet access within their home in order to use the Fire Stick. While this option, though more affordable than Spectrum, Direct TV, and Dish Network  and Star Telephone services, there are still monthly fees associated.

The antenna does offer viewers local television stations, but not many channels other than ABC, NBC and a few others. The antenna does not have any internet options and very limited access to new programming.

Gordon Kinlaw said in the past there were regulations on service pricing that the county had to approve, but these regulations no longer exist and until the people stand together and use their combined voices no changes will be seen with this problem. “Cutting the cord is the one way that I can see these companies making any changes locally,” said Gordon Kinlaw.