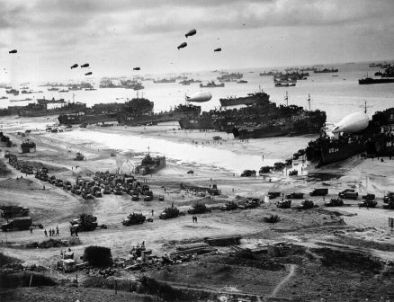 D-Day 75 years ago, but not forgotten

June 6, 1944 is known as D-Day. With the codename Operation Neptune, D-Day is the day on which Allied forces from Britain, America, Canada, and France attacked German forces on the coast of Normandy, France. The beach invasion known as the Invasion of Normandy during World War II was the largest seaborne invasion in history, according to reports.

Over 150,000 troops helped turn the tide of the war by storming the French shores. Before the legendary day, Germany had invaded France and was threatening to over take all of Europe.

“At the core, the American citizen soldiers knew the difference between right and wrong, and they didn’t want to live in a world in which wrong prevailed. So they fought, and won, and we, all of us, living and yet to be born, must be forever profoundly grateful,” said Author Stephen Ambrose.