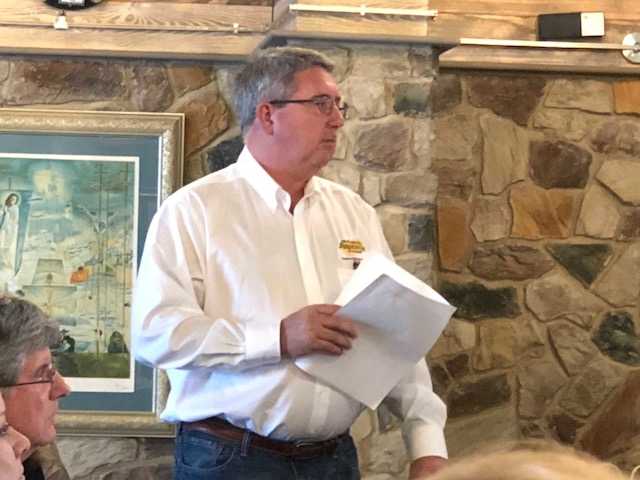 In Ward’s first term as board member, he served on the executive committee as secretary in 2016, then as treasurer the following year. With his reappointment for a second term, Ward is now vice chairman of the Board. Ward previously served two terms as the North Carolina alternate.

Ward grows Virginia-type peanuts along with corn and soybeans. His wife Julie and parents Wilbur and Joyce are integral to the farming operation. A graduate of North Carolina State University with a Bachelor of Science in agricultural engineering, Ward is past chairman of The Peanut Foundation, and was an industry representative on the recently completed Peanut Genome Initiative. He is a member of the North Carolina Tobacco Trust Fund Commission and serves on the Bladen County Planning Board. He is a member of the sustainability committee and export committee with the American Peanut Council.

Previously, Ward served as past president of the North Carolina Peanut Growers Association and was on the American Farm Bureau’s Peanut Advisory Committee. Ward also serves on the Ag Foundation at North Carolina State University, and the agriculture advisory committee for U.S. Congressmen for North Carolina’s 7th congressional district, David Rouzer. Ward is an elder at Clarkton Presbyterian Church and is involved with the Sunday school program.

Ward and his wife Julie have two daughters, Emily and Abby. In his spare time, he enjoys spending time at the beach.