Dangerous Surf Conditions for the Rest of the Week

According to the National Weather Service of Wilmington, while Hurricane Larry will remain far off the U.S. East Coast, large swells from the storm will create dangerous surf conditions during the remainder of the week into the weekend.

NOTE: There have been 28 rip current fatalities since 2000 along the U.S. East Coast from distant storms that have only impacted the U.S. with large swells. 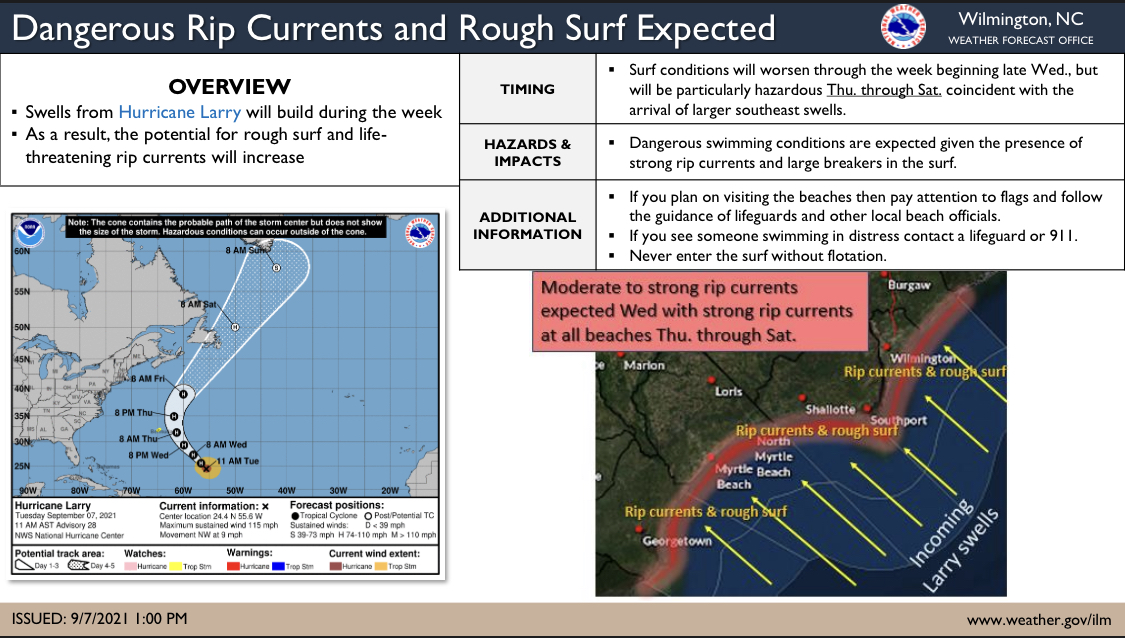