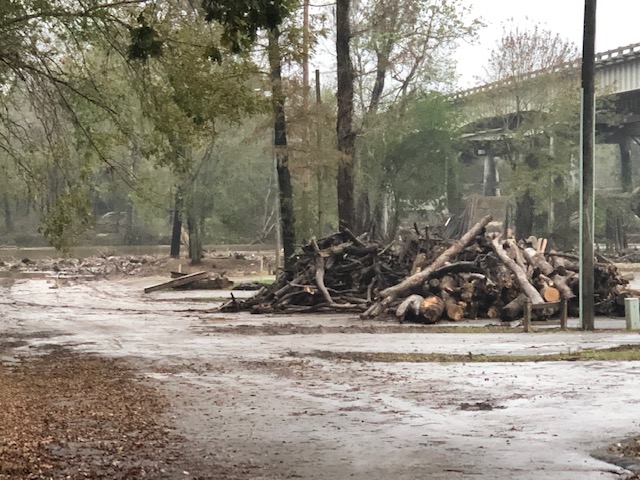 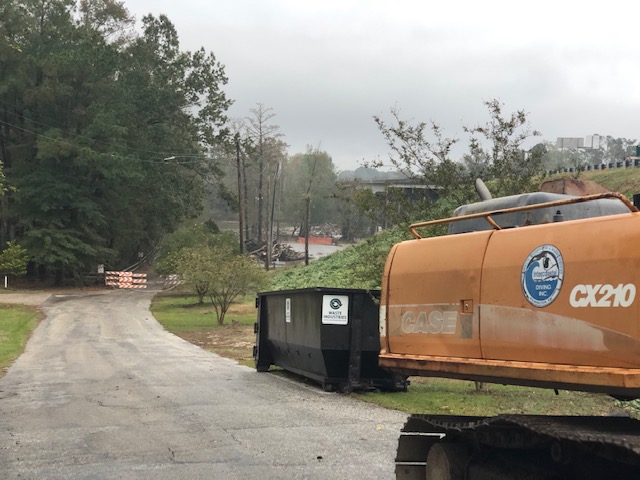 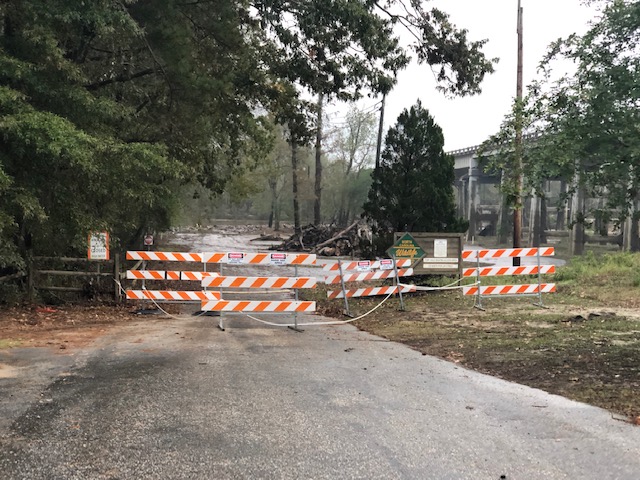 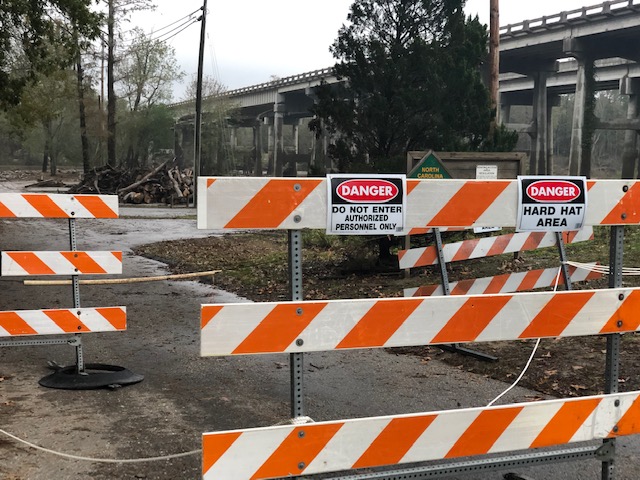 The log jam in the Cape Fear River under the U.S. Highway 701 bridge in Elizabethtown has been a costly issue for the North Carolina Department of Transportation. The log jam first appeared after Hurricane Matthew, but grew to an enormous size after Hurricane Florence.

The extreme amount of debris under the bridge has caused concerns about possible damage to the bridge. According to Andrew Barksdale, Public Relations Officer with the North Carolina Department of Transportation, progress has been made with the debris removal, but due the weather, work has halted.

“The contract crew was making progress at the beginning of this week,” Barksdale stated.

However, this week the rain has caused flooding and the river is overflowing its banks.

Barksdale reported as the river began to rise, the contractor working on the debris removal had to pull out their equipment from the parking lot at Tory Hole Park in Elizabethtown.  The parking lot is now underwater.

Barksdale said on Friday morning, “They can’t do any work until the river recedes, and it’s expected to crest tomorrow.”

He added, “We also have Thanksgiving next week. We hope the crew can resume work in earnest by Nov. 26, when they can redeploy their equipment.”

Before this week’s rainfall, the contractor had completed seven percent of the job. Assuming the river stays within its banks this winter, it will be sometime after Christmas before they are finished and the work may spill into January due to the weather, according to Barksdale’s update today.