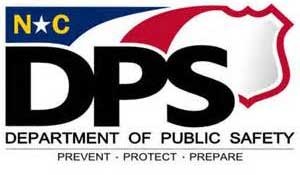 “DPS has moved forward swiftly to provide a safer working environment for our employees,” Judge Reuben Young, Interim Chief Deputy Secretary of Adult Correction and Juvenile Justice stated. “We realize there is still much work to be done and the department’s leadership and prison managers are committed to the ongoing effort. We focus on these improvements every day and are continually working to enhance operations.”

The department implemented the reforms following two tragedies that resulted in the deaths of five prison employees in 2017.

The latest list of action steps implemented to help improve prison safety include:

Started situational awareness training for Correction Enterprises employees, which improves employee knowledge of what’s happening around them and how to identify risks in a changing environment.
Requested sheriffs include prison perimeters on their regular patrols by deputies in an effort to reduce contraband and throwovers at prisons. Directed Community Corrections officers to patrol prison perimeters when in a prison’s vicinity. These measures will enhance similar efforts already underway by the State Highway Patrol.
Initiated a plan to remove close custody inmates from Correction Enterprises assignments involving cutting and/or impact tools, effective June 1, 2018. The National Institute of Corrections is currently reviewing and will make recommendations regarding inmate work assignment policies.
National Institute of Corrections provided technical assistance and training for state prison staff on best practices for conducting audits to improve prison security. The Prisons’ Security Accountability Unit (SAU) staff and facility staff who participated in the training will serve as trainers for other auditors. When fully staffed, the SAU will have 14 auditing positions that will continue to review prison safety, identify risks and recommend improvements.
Developed a strategic plan framework for future prison safety reforms and established five workgroups, following review of the Governor’s Crime Commission December 2017 report and the National Institute of Corrections report in January. Workgroup focus areas include: Enhance Security Policies and Procedures, Reduce Contraband in Facilities, Improve Training for New and Veteran Employees, Increase Hiring and Retention, and Improve Communication with Internal and External Stakeholders. Workgroup meetings are scheduled to begin the week of March 19.
Approximately 300 correctional officers have been selected and are being trained to serve as Field Training Officers (FTO) to provide on-the-job training for new correctional officers. FTOs will help train and work alongside new hires in the facility before new correctional officers are assigned to work a post independently. More than 100 FTO facility coordinators were trained in February.
Largely eliminated a backlog of correctional officers on the job who had not yet attended basic training. All available certified officers will be trained by the end of March. Fewer than 50 officers remain on a backlog because they cannot be scheduled due to sick, military or some other type of leave and will be trained upon return to work.
To streamline correctional officer hiring, assessed the hiring process with the assistance of a process engineer from the Department of Revenue. A recommendation to allow new correctional officers to complete their physical abilities test after starting the job rather than before hire has already been implemented. Newly hired correctional officers will now take the Correctional Officer Physical Abilities Test (COPAT) during Basic Correctional Officer Training. If they do not successfully complete the COPAT, they will be given two other attempts during their probationary employment period. Successful completion of COPAT is required to remain employed.
To enhance correctional officer recruiting efforts, four correctional employees were redeployed to Human Resources on March 1 to work full-time on correctional officer recruiting.
To recruit more correctional officers, hosted a career fair for military service members, veterans, spouses and dependents of service members on March 1 as a joint project of DPS and the NC National Guard. A DPS job fair is scheduled for April 18 at in the Kerr Scott Building at the State Fairgrounds in Raleigh.
Partnered with the Community College System to host situational awareness training for Correction Enterprises and for Field Training Officers. In addition, development and implementation of management training is a component of the strategic plan workgroup focusing on training new and veteran employees.
A more comprehensive list of all the completed prison safety action steps, and those initiated, may be found on the Prison Reform webpage. Other important information – including the NIC report – can be found online at https://www.ncdps.gov/prison- reform.