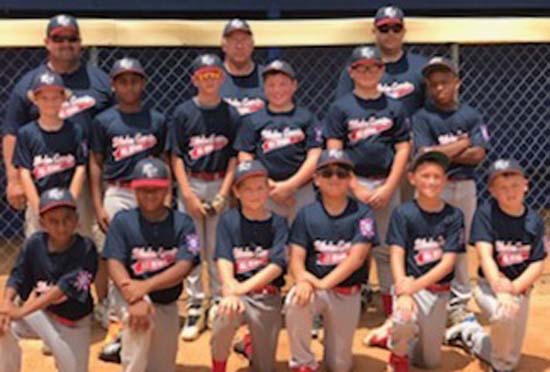 Whiteville scored 3 runs in the first inning and tacked on 7 more runs in the top of the second inning for a 10-0 lead.

Walks to Jackie Combs, Dashon Campbell and J. B. Robinson loaded the bases in the Bladen half of the second. Clayton Moore ripped a double to left-centerfield that scored Combs, Campbell and Robinson.

Whiteville pushed their lead back to 15-6 in the top of the third. Campbell belted a one-out single and scored the final Bladen run in the bottom of the third.

Whiteville scored 3 runs in the top of the fourth to push their lead to 18-7. A downpour stopped play in the bottom of the fourth and the game was called.

Hilburn started on the mound for Bladen County and was followed to the hill by Pait and Campbell.