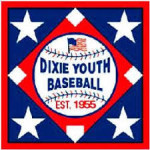 RED SPRINGS – Fairmont broke a 4-4 tie with 3 runs in the fifth inning and held on for a 7-5 victory over Elizabethtown in the District 9 Dixie Youth Baseball Majors Tournament Championship Game Thursday night.

After Fairmont took an early lead, Elizabethtown tied the game 1-1 in the home half of the first. Garrison Tatum ripped a single down the left field line and moved up on Evan Pait’s sacrifice. Ty Mathis knocked in Garrison Tatum with a single.

Kaleb Pulley blasted a 3-run homer in the top of the fourth that vaulted Fairmont in front 4-3.

Tyler Johnson drew a one-out walk in Elizabethtown fourth, and Coleman Tatum yanked a 2-out single to left that scored Tyler Johnson and tied the game 4-4.

Fairmont converted a walk and 3 hits into 3 runs in the top of the fifth. Pait hammered a solo home run in the home fifth to pull Elizabethtown to within 7-5.