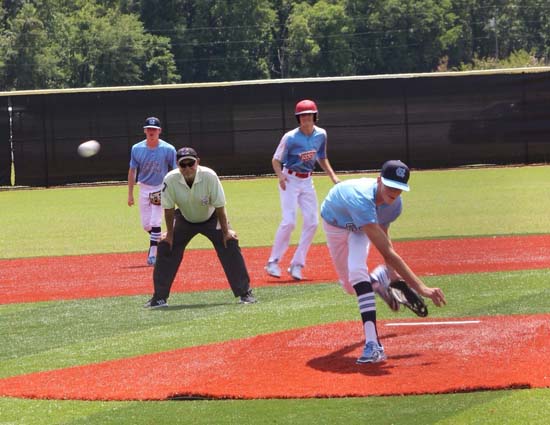 Bladen County is scheduled to play Ozark, Alabama on Monday night in an elimination game. If Bladen County wins, it would play Tuesday against the winner of Monday night’s game between unbeatens North Charleston and Sterlington.

Bladen County was only able to scratch only four hits in the five-inning contest. Bladen County’s only run came in the second inning. Brady Hollingsworth was hit by a pitch to lead off the inning. Jacob Priest squeezed a base hit between third and shortstop to move Hollingsworth to second. A passed ball allowed the runners to advance. Sholar smacked one of his two hits to drive in Hollingsworth, but Priest was cut down by the North Charleston center fielder at the plate.

Sholar led the Bladen County hitters with two hits in as many at-bats. Zachary Meares and Priest had one hit each.