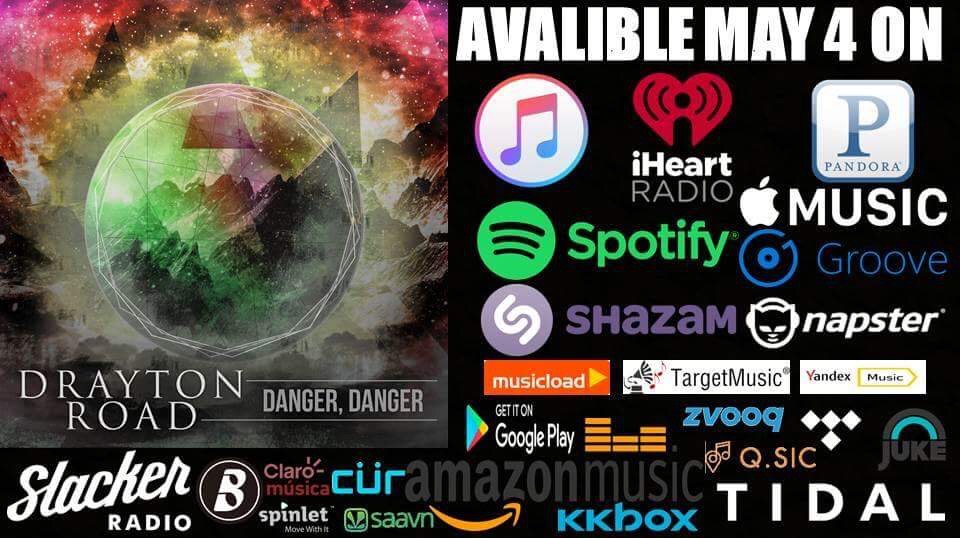 The band will also release their new album “Danger, Danger” on Thursday, May 4. It can be purchased in advance on iTunes, Pandora, Apple Music, and Spotify and many other outlets. This will be the band’s first album release since joining Wendigo Records in Sanford.

Underwood said the song “Danger, Danger” was written about 1 1/2 years ago after he began to notice everywhere he would travel, he would see people engrossed on their cell phones and not really interacting with one another. “We’re too busy worrying about Facebook,” said Underwood.

Underwood also pointed out many people have to have the latest cell phone or other gadgets not because those items are needed, but because some celebrity they admire has one. “We are slaves to the device in our hands. It becomes ingrained in who you are,” said Underwood.

The “Danger, Danger” video is the first of four videos Underwood plans to release. He has plans to release two videos with the band Nephilym and one more video with Drayton Road.