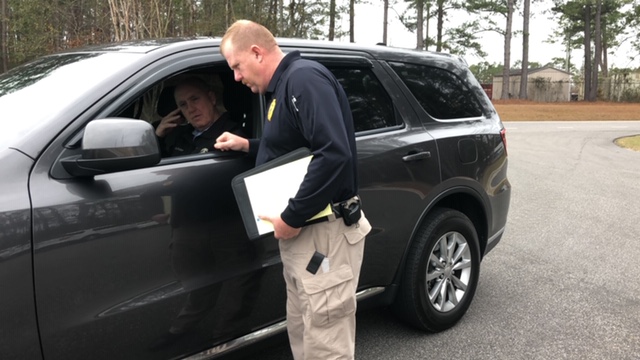 On Thursday, January 3, 2020, members of the Bladen County Sheriff’s Office Narcotics Unit and the Bladenboro Police Department executed a search warrant for drugs at 209 W. Walnut Street in Bladenboro.

During the search agents found drug paraphernalia, such as hypodermic needles and bundles typical of heroin sells and use as well as drug residue at the location. Arrested as a result of the search warrant and previous drug violations was 63 year old John Marshall Guyton.

Guyton was charged with one count of the following charges and was placed in the Bladen County Detention Center under a $25,000.00 secured bond.

“The Bladen County Sheriff’s Office is happy to work along with our partners, the Bladenboro Police Department, to target any drug problem in the Bladenboro area,” said Sheriff Jim McVicker. “We continue to use all resources to make Bladen County a safer place to live, work and raise our families.”

The residence Guyton was arrested at was next door to the location where 63 year old Kimberely Ann Beeding’s throat was cut on Thursday. During the investigation on the same day the suspect of the stabbing crime, William Brent Shaw was arrested and charged.