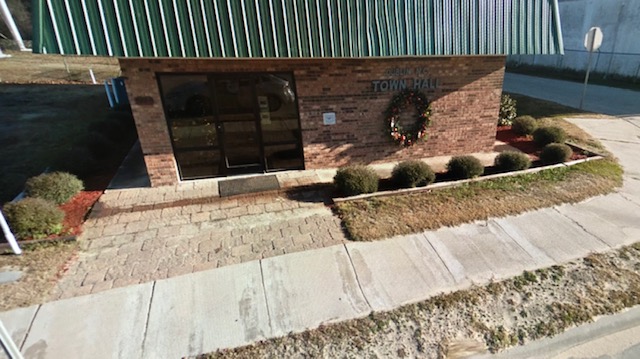 Dublin Board Addresses Abundance of Problems

Mayor Darryl Dowless, evidently itching to adjourn early, rapped his knuckles on the dais at 5:57pm, calling the October 10th Commission meeting to order. All Commissioners were in attendance but Jeff Smith, who attended telephonically.

He then recognized Jan Hester Maynor from the Lumber River Council of Governments and Gene Lockamy from the Dublin Fire District as the evening’s guests.

The first problem to raise its head was the matter of the squatters living in the abandoned house at 111 Armfield Street. Town Attorney Whitley Ward informed the Board that there were two options the Board could consider.

They could use the current Public Health Nuisance Abatement Ordinance to rid the property of the junk vehicle and the trash outside, or they could wait until February, when the Minimum Housing Ordinance of the updated Code of Ordinances is scheduled to be adopted, and then clear the property.

With the countless problems this issue has already caused, it was the consensus of the Commissioners to proceed now with the exterior of the property, and then make use of the new ordinance in February to finally rid Dublin of the problem.

Ms. Maynor had brought with her, the proposed new zoning map for the Board’s approval prior to inclusion in the new Zoning Code; this map will be approved at the time the new Code is adopted in February. All Board members reviewed the proposed map and declared it suitable for adoption.

Public Works Director Jonathan Ward informed the Commission that he had discovered three squatters living in the concession stand at the town’s ballfield. They had made use of the air conditioning, restroom facilities, and electricity; they had also caused substantial damage inside the building.

They were quickly apprehended by the Sheriff’s Department and charged with misdemeanor breaking & entering. It was later determined that all three also had outstanding felony warrants against them.

Town Clerk Ashley Matthews requested that the Board consider the release of $501.64 in unpaid property taxes from 2011 and before, as per state statute. This was unanimously approved.

The Board then discussed the results of the recent Utility Fee Rate Study. Utility rates had been increased substantially several years ago, but there had been no subsequent rate increases and the town was in the same financial condition it had been prior to that increase.

An animated discussion of the alternatives ensued, with the merits and disadvantages of each examined and considered. When the question was posed, asking if the decision had to be made this evening, Ms. Matthews replied that the item was only for discussion and a decision will be made at a following meeting.

There were no Department Reports from any Commissioner. Mr. Lockamy informed the Board that Fire Chief Pete Batten was on a well-deserved vacation; he said he was there to deliver the employee documents for the new part-time firefighters Ms. Matthews to enter into the personnel system.

All problems having been resolved, the meeting adjourned at 6:32pm.