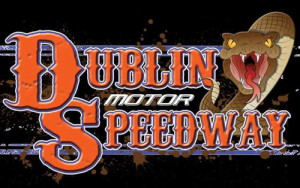 Russel Erwin may not have had the qualifying run he wanted, but the Virginia-based driver was fastest when it counted Saturday night at Dublin Motor Speedway.

Erwin started ninth in the 16-car Super Late Model field, but worked his way through the pack to win the 40-lap race and $4,000 top prize. Erwin beat Tim Allen to the finish line by 2.55 seconds. Justin Labonte earned a $200 bonus for winning the pole position in qualifying.

In Open Wheel Modified, Max McLaughlin started from the pole and was the first to the checkered flag, finishing 3.45 seconds ahead of runner-up Taylor Cook. McLaughlin earned $2,000 for the win in the 25-lap race and an extra $200 for starting from the pole.

Dean Bowen started from the pole and won the Limited Late Model. Robbie Turner was second and Johnny Pridgen finished third. Dale Hammond was second to the finish line, but his car was underweight at the post-race weigh-in and was disqualified.

In Super Street, Chris Powers started from the outside of the front row and won the race ahead of John Dyson.

In Pure Stock, Johnnie Brown was an easy 2.5-second winner over Kevin Williamson. Williamson was unable to qualify his car and started from the rear of the 13-car field, but worked his way to the runner-up spot.

The next racing program at Dublin is scheduled Saturday, Aug. 15.