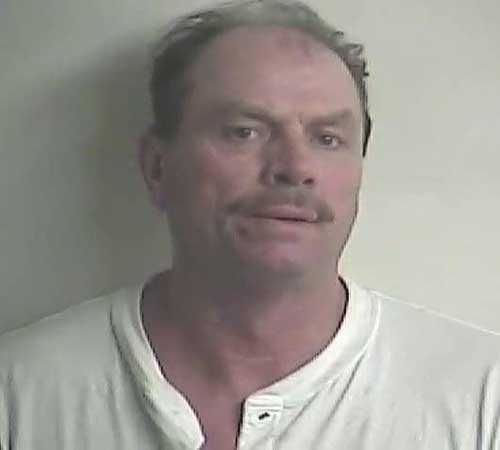 According to McVicker, Trooper Ronnie Walker with the North Carolina State Highway Patrol stopped a vehicle near Purdie Church Road and NC 87 about noon for speeding.

While issuing the motorist the citation for speeding Walker became suspicious that the driver was impaired and after performing roadside sobriety tests, Walker arrested Anthony Ray Barfield, 55, of 8915 School Street, Rocky Mount, NC for driving while impaired. A warrants check also showed Barfield had two outstanding orders for arrest for probation violation from Nash County.

McVicker said Walker felt there was more going on with Barfield based on different indicators that lead him to have reasonable suspicion of other criminal activity. At this point, Walker called for a K-9 unit and Deputy Channing Willoughby and his K-9 Kain responded. Kain alerted to the vehicle which gave Deputy Willoughby probable cause to search it and inside he found ½ pounds of marijuana.

Barfield was transported to Bladen County Jail and charged with Driving While Impaired, having an open container of alcohol in the vehicle, and Possession of Marijuana. He was also served with the two outstanding orders for arrest from Nash County. He is currently in jail on a $12,000.00 secured bond and Nash County has placed a hold on him.

“This is an example of teamwork,” said McVicker. “Trooper Walker did an excellent job of determining there was more than just speeding going on and our Deputy and K-9 were able to assist and help put a wanted person in jail and get drugs and a drunk driver off our highways. Working together and forming partnerships with other agencies was one of my goals when I became Sheriff and this is an example of how well it can work and how beneficial it is for the citizens of this county.”