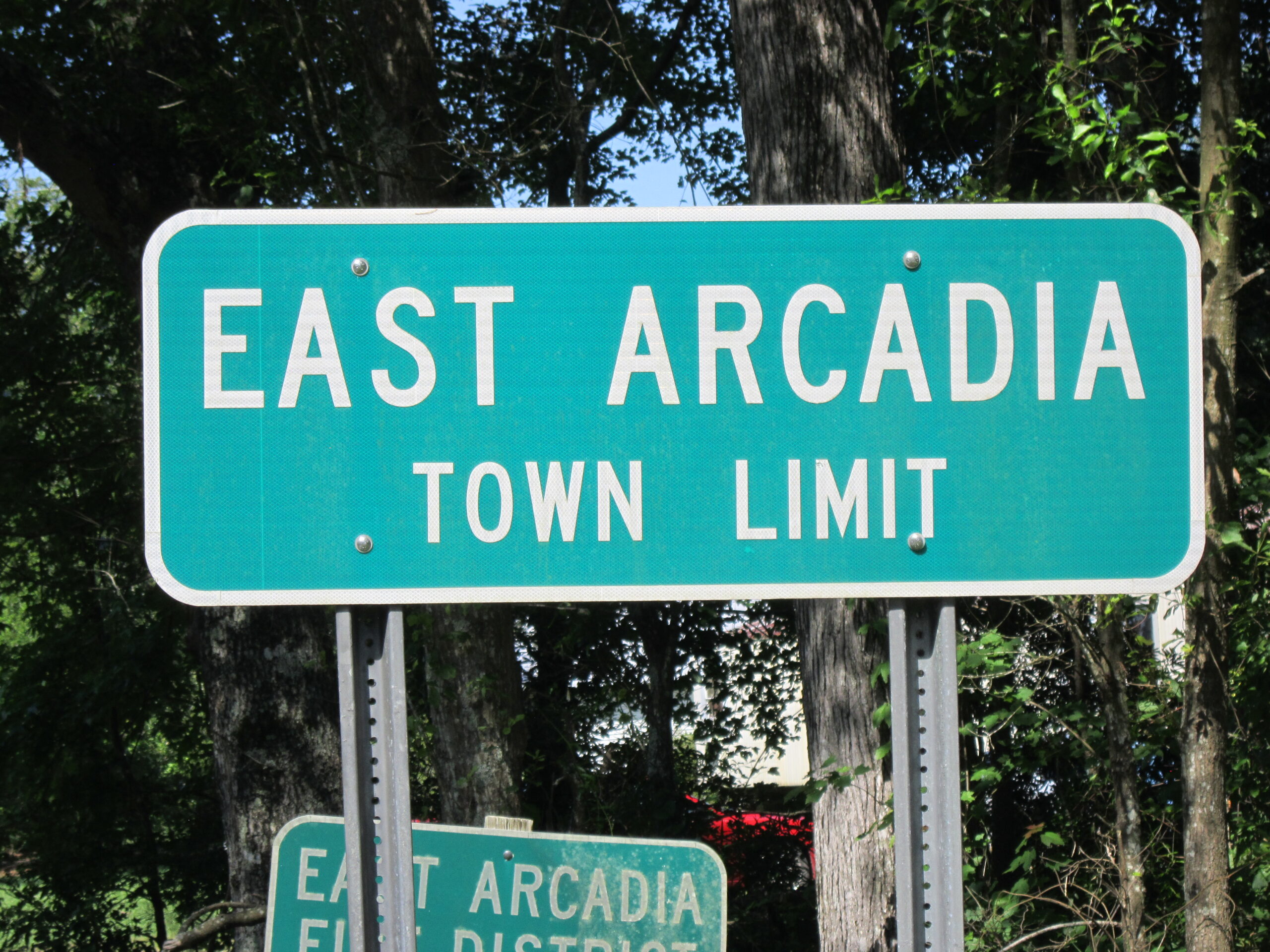 East Arcadia Undertakes Formation of a Town Planning Board

The East Arcadia Town Council met on Monday October 12th with a sparse agenda on the table. Mayor Perry Blanks called the meeting to order at the scheduled 6:00pm and provided the invocation. Both the Minutes and Finance Report from September were reviewed and summarily approved.

There were no interested parties, individuals, or groups present wishing to address their concerns or grievances with the Council, so the Board dived into its Council Reports portion of the agenda. There was no Finance Committee report for presentation, nor was there any Streets Committee activity to report.

Under Parks & Recreation, Councilmember Pamela Graham informed the Board that fencing contractors would be at the park on Thursday the 15th at 11a.m. and again at 1:15p.m. to look the park’s staked perimeter over and provide estimates for fencing the entire facility.

Councilmember Horace Munn brought the Board up to date on the water usage issue with Sandyfield that the Council had been notified about at the last meeting. Last month, he informed the members present that there had been a chlorine problem in the system, requiring that the mains in both communities had to be flushed.

Sandyfield had objected to having to pay higher-than-usual water fees for the flushing since it was not their fault; however, upon reviewing the contract, it seems Sandyfield is charged a bulk rate for all water flowing through the bulk meter, and there are no exceptions in the contract for unexpected circumstances. When queried if Sandyfield had paid that bill, Town Clerk Josephine Smith stated that she was certain they had but would recheck.

Under Council Concerns, Councilmember Lillian Graham informed the Board that a potential Charter School had made some informal enquiries about leasing a portion of the new Town Hall complex for classroom space; this conversation is currently ongoing, with additional information forthcoming at a later date.

Ms. Graham then informed the Council that the $360,000 grant to rehabilitate the old Gym has passed District and State reviews and is currently at the Federal level; she advised the Board that there are twenty-seven applications being considered at this time, and East Acadia is right now ranked number eight on that list.

Councilmember Rhonda Hall asked about the status of the $300,000 loan for water improvements that has been ongoing for several months. Town Clerk Smith said she had received a “confusing” set of emails from Mr. Ivey Cauley from engineers McDavid & Associates of Farmville, but has not been able to contact him yet.

Comments were made about the “junkyard” conditions of certain properties around Town. On some properties, both improved and empty lots, rats and other vermin abound, and they are breeding grounds for roaches and other pests.

Councilmember Munn told the Board that until there is a nuisance ordinance in place, the Town has no authority to cite offenders. What is needed, he averred, was the creation of a Planning Board. Observations were made that this will take time; Councilmember Munn suggested, however, that the current Recreation Committee could become the Planning Board.

This idea created quite a stir with the remaining Council, not necessarily negative but not all positive either. After a lengthy debate, Councilmember Munn moved that an ordinance be drafted to appoint the five-member Recreation Committee as the East Arcadia Planning Board, and to appoint additional members later as needed. Councilmember Carlee Carter seconded the motion, and it passed on a three-to-two vote, with Councilmembers Hall and Lillian Graham voting nay.

In closing, Mayor Blanks notified the Board that flu shots would be available in Town on Tuesday the 13th beginning at 10:30a.m. Also, he informed the Council that early voting starts Thursday, October 15th .

The meeting adjourned at 7:43pm.