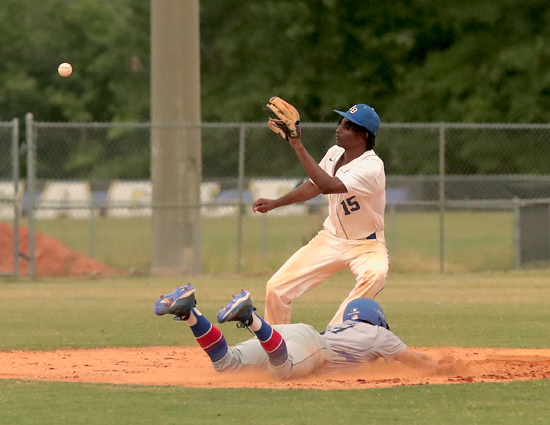 East Bladen/East Columbus Game Times Changed Due to No Lights

The lights on East Columbus’ baseball field are not working, so the start time for Thursday’s key East Bladen at East Columbus game has been moved up to 5 p.m. for the varsity game. The JV game will begin at 3 p.m.

Coach Grant Pait’s Eagles are 5-1 in Three Rivers Conference play and have only Thursday’s game and a game on June 11th at West Bladen remaining. East Columbus is 4-0 in league play and has league games left at Red Springs, at Fairmont and at West Columbus left on their schedule along with Thursday’s game.