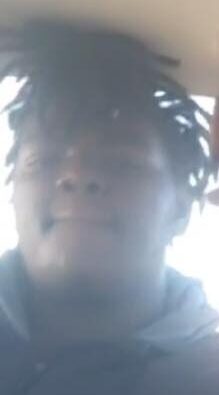 Jefferson Weaver wrote an article about the crime. An East Bladen High School football player has died 11 days after being shot twice in the back.

The victim of a February 10 shooting has died. Lamont Pridgen Jr., 18, was shot in the North Whiteville Food Lion parking lot.

Pridgen was in a car that was targeted by at least one gunman in another vehicle at the shopping center, Det. Sgt. Scott Moody of the Whiteville Police said. Witnesses reported seeing a white car and a dark car near each other in the northern end of the parking lot around 5:40 p.m., then hearing multiple shots.

Customers at the grocery store took cover in their vehicles or in the store as the two vehicles sped away.

Police said someone attempted to take the victim to New Hanover via private automobile, but called 911 from Bolton. An ambulance transported Pridgen back to Columbus Regional.

At first authorities thought the shooting occurred in the county, but after interviewing Pridgen, then case was turned over to the city. Pridgen reportedly told detectives he did not know who shot him or why. He was transferred to NHRMC, where he was pronounced dead Sunday.

Pridgen was a standout athlete, having played JV football as a sophomore during the 2019-20 season.

Union Funeral home of Clarkton is hailing the arrangements.

The East Bladen Eagles are preparing for their season opener at home this Friday night against the Whiteville Wolfpack.

This is a developing story on Columbuscountynews.com.

Madeana Pridgen started a GoFund Me page for Lamont Pridgen. In a post, she stated, “We are trying to raise money for my brother, Lamont Pridgen affectionately know as “Jr” …”

Her post continues, “We are Heartbroken, Jr will be missed, dearly… Please help us lay Jr to rest! Thank you!”