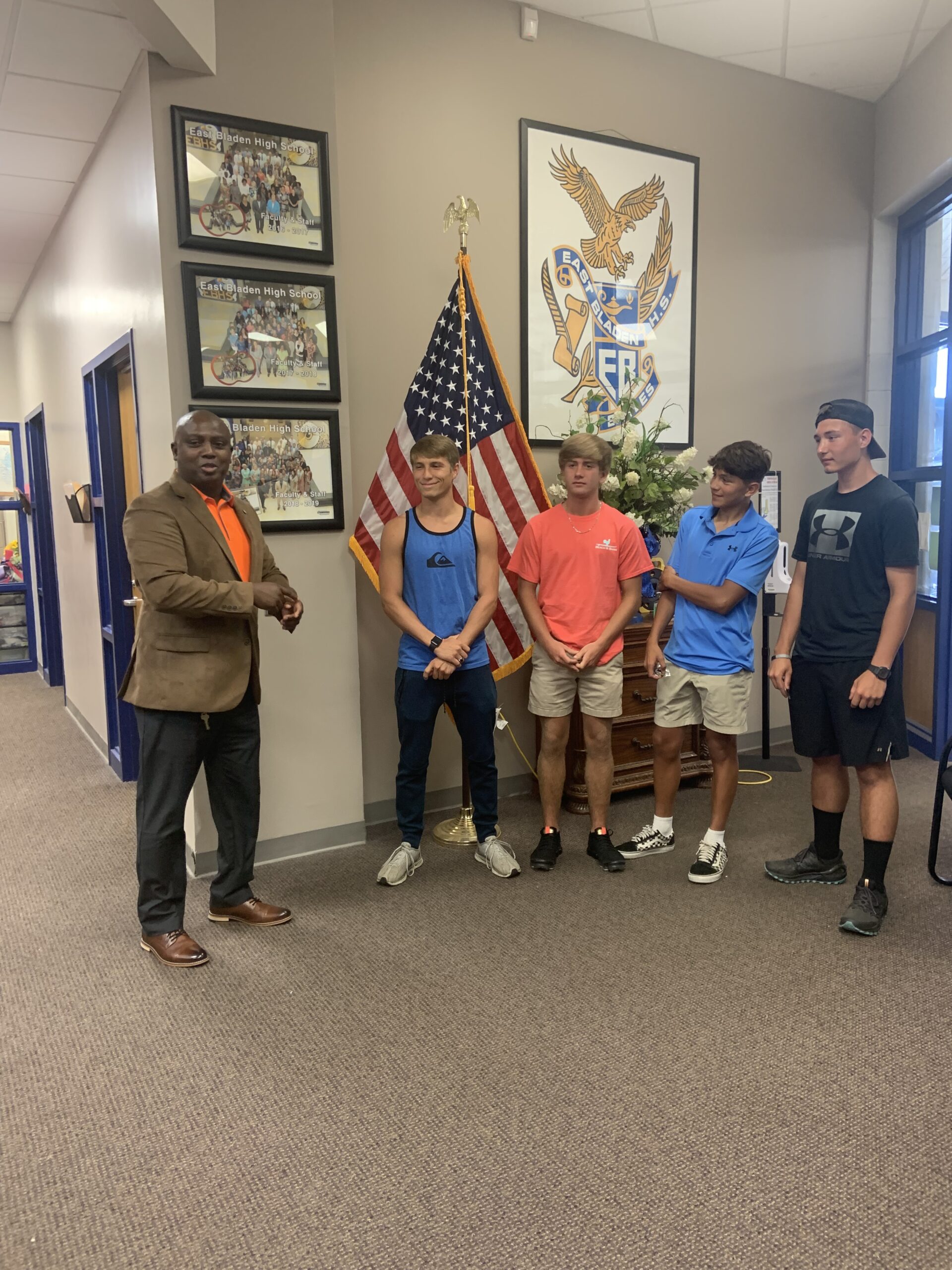 On June 23rd, 2021, EBHS Principal, Dr. Jason Wray, held an intimate awards ceremony with the Eagles Track and Field Team, where Military Challenge Coins were given to each state championship qualifier. Many members of the team have qualified for the Class 2A state meet, which will be held Saturday, June 26 at North Carolina A&T State University in Greensboro. 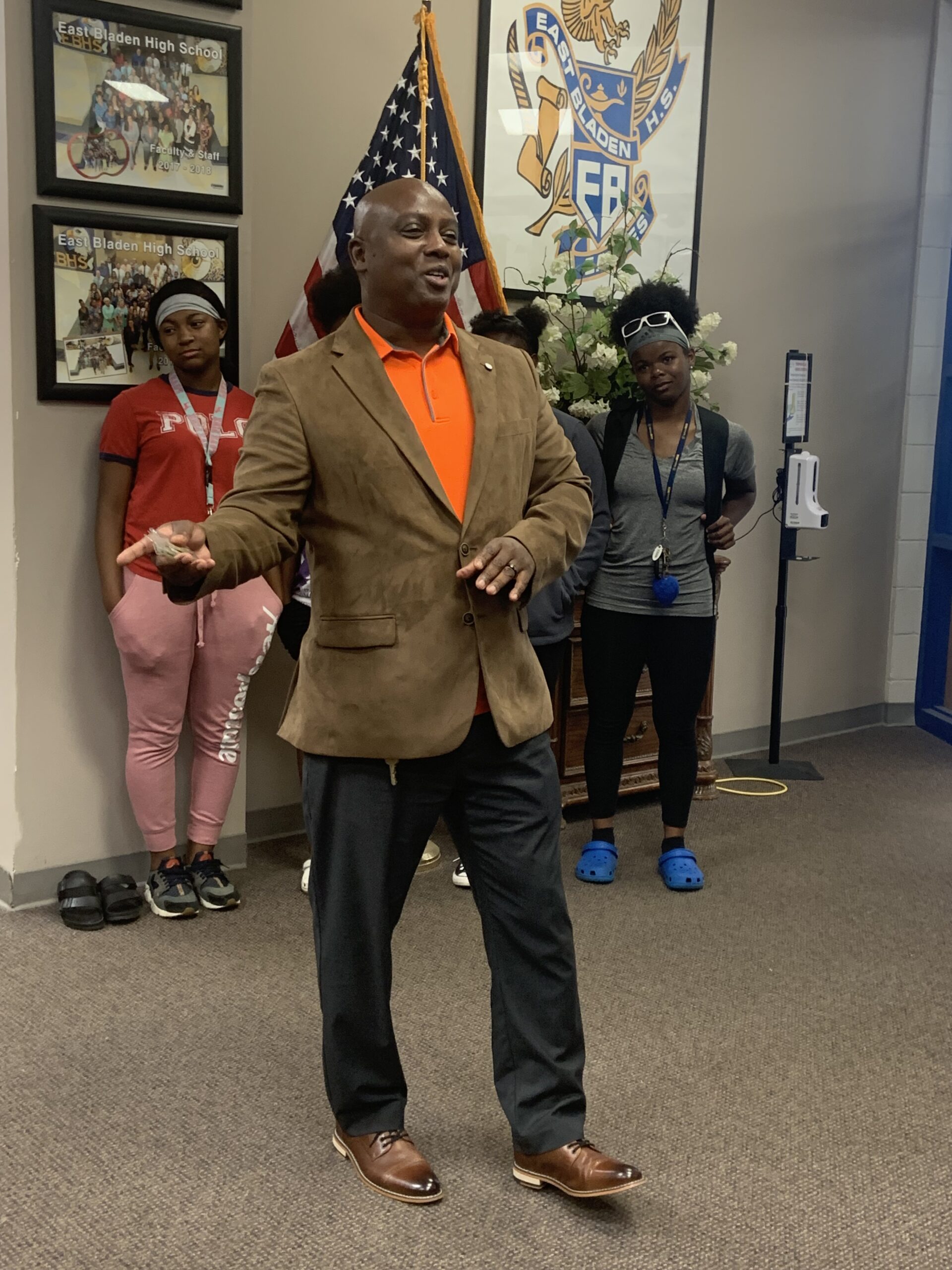 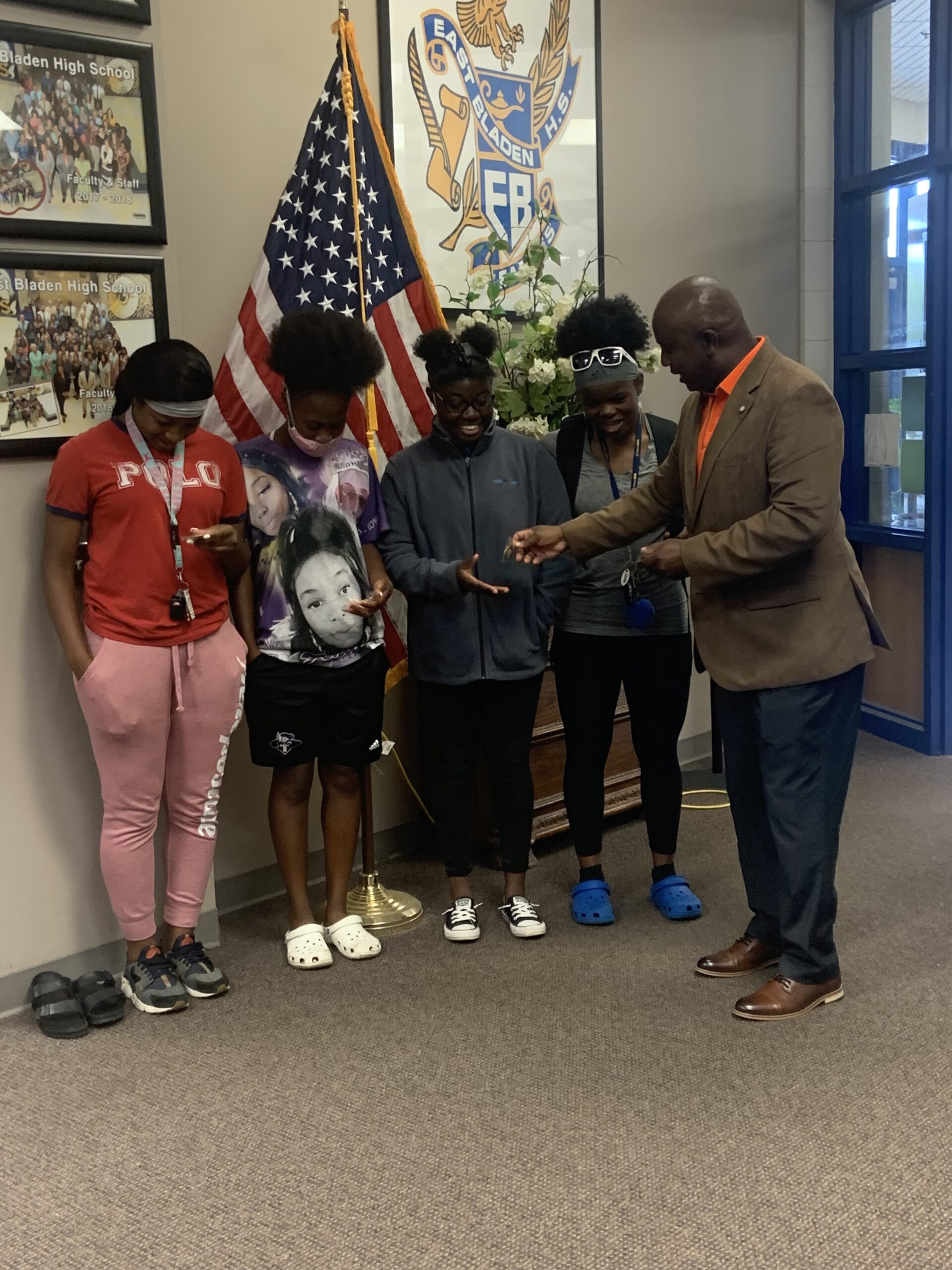 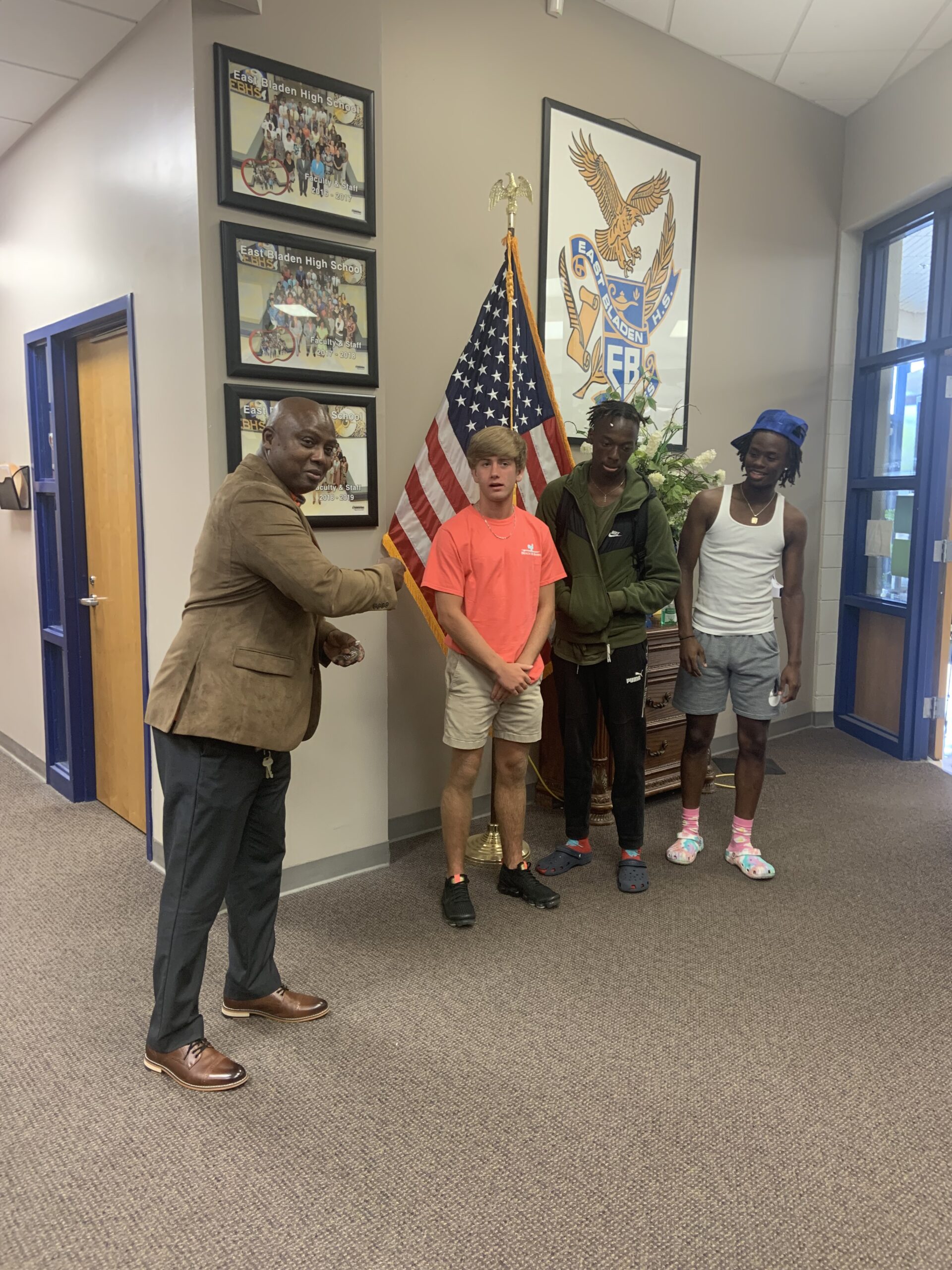 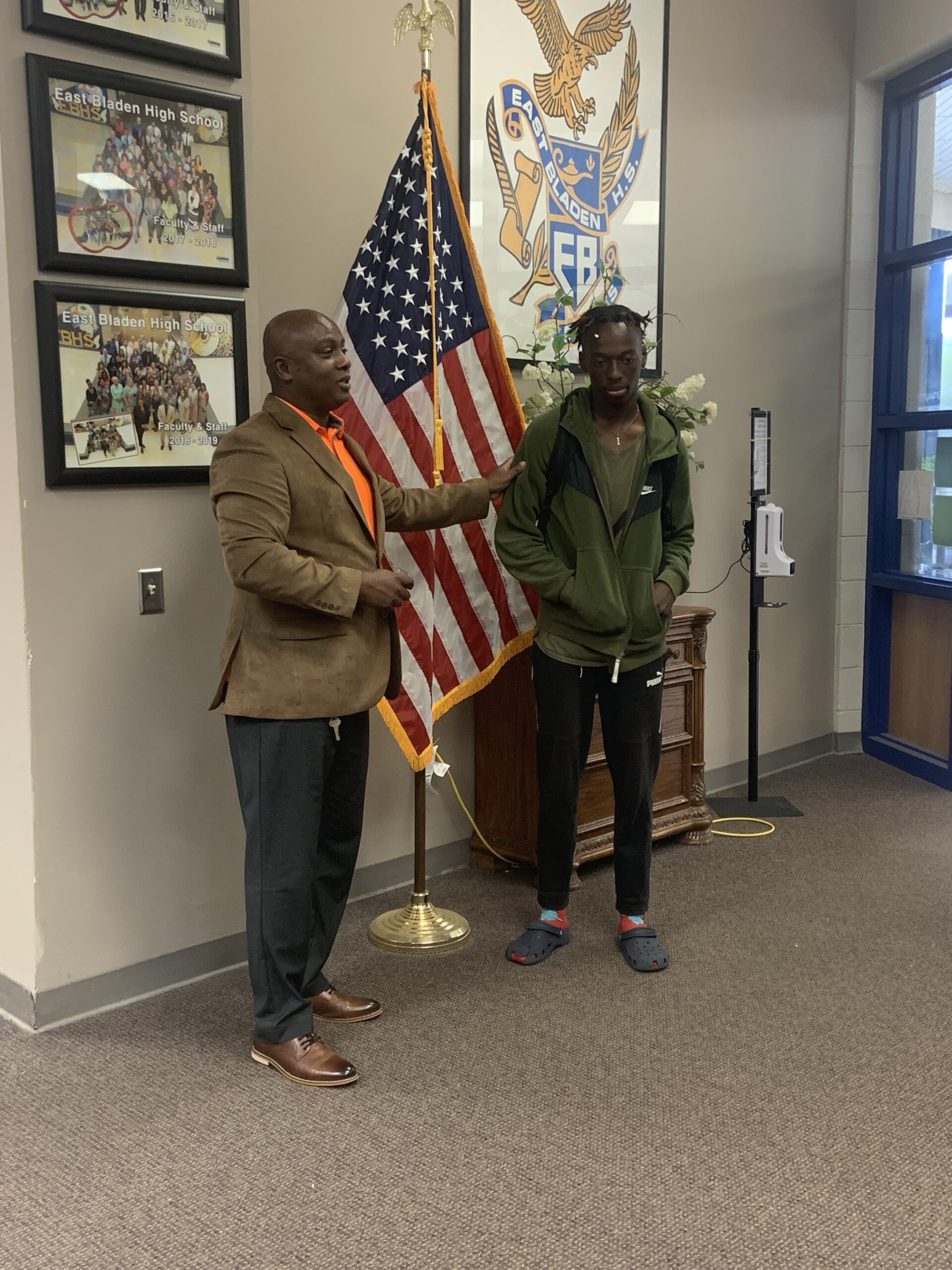 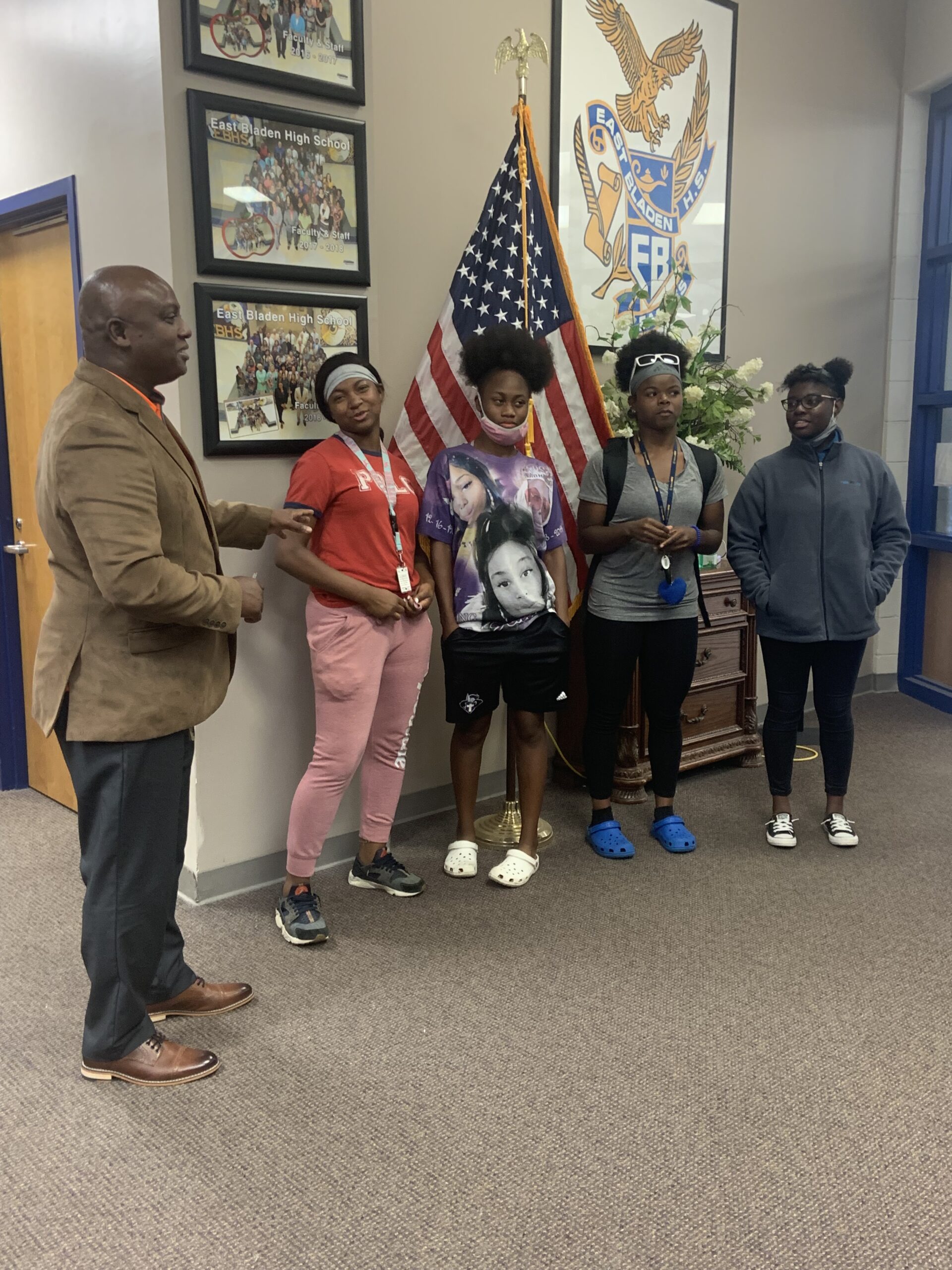 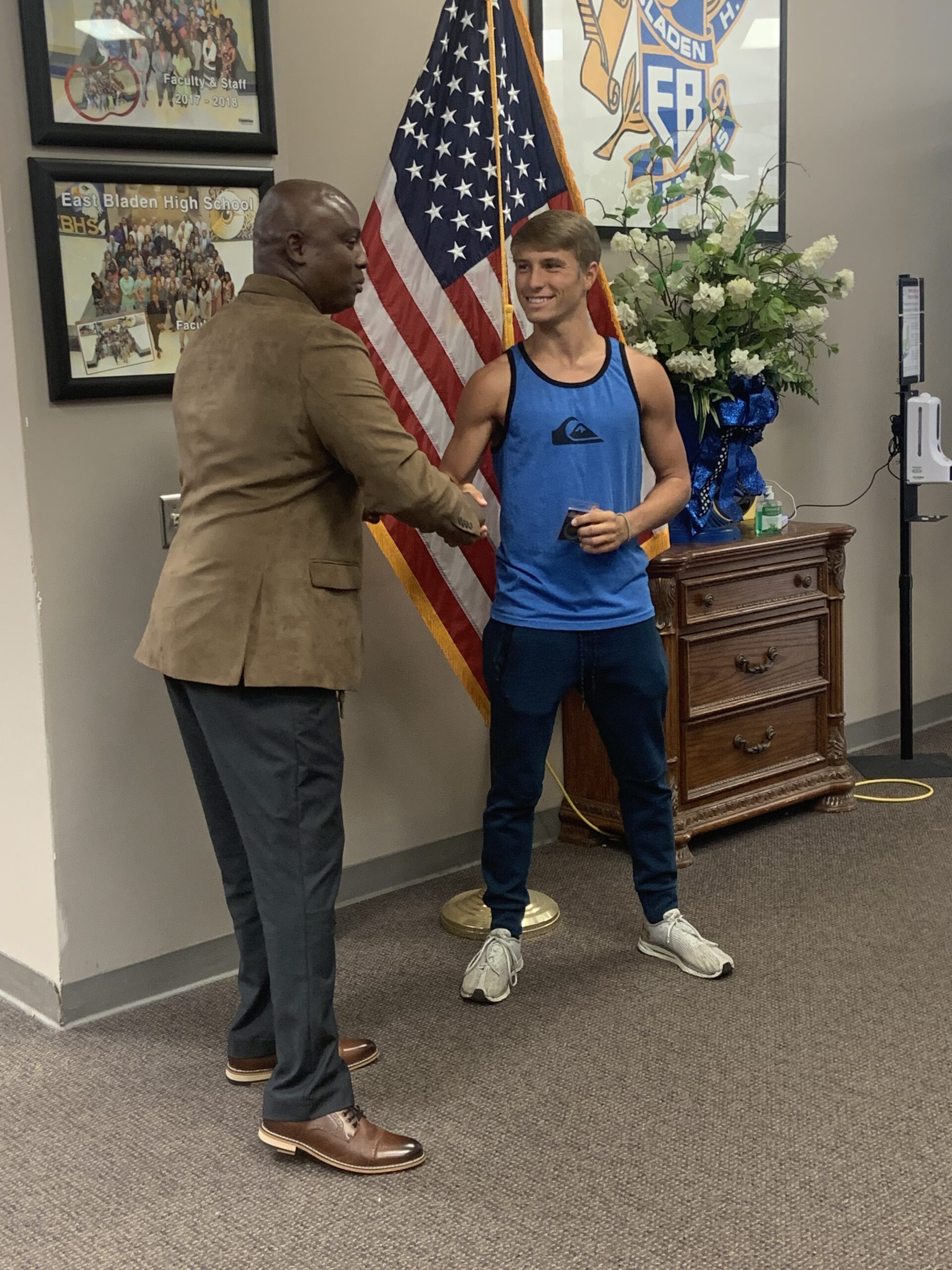 Last year, the 2020 track and field regular season was canceled due to COVID-19, and these players were forced to miss a season. However, they worked hard to make up for lost time and their efforts have not gone unnoticed. When asked about the 2021 track and field season, Charles Brown, senior, says “I love the chemistry of our team. It’s been a good season.”

After the ceremony, the team quickly reported to the track for their daily training. Sophomore runner, Jacob Knuth, stated “The season was great! We came out higher than expected,” as he prepared for practice. Knuth will be competing at the state championship on Saturday.

Dr. Wray expressed his pride and gratitude towards the team’s accomplishments and hard work throughout the ceremony. He individually recognized each state-bound runner and awarded them with a “token” of his pride.

Dr. Wray awarded one athlete a special coin, and he saved this for last. A.J. Smith, a senior, is the first to qualify for a state championship twice. Smith qualified for the NCHSAA 2-A cross country state championship meet in Winston-Salem in January. Now, he has qualified for the NCHSAA 2-A track and field championship. Wray stated, “Looking at the underclassmen, I don’t think this will be my last time doing this,” as he awarded the two-time state qualifier his coin.

Good luck and best wishes to the Eagles Track and Field Team!