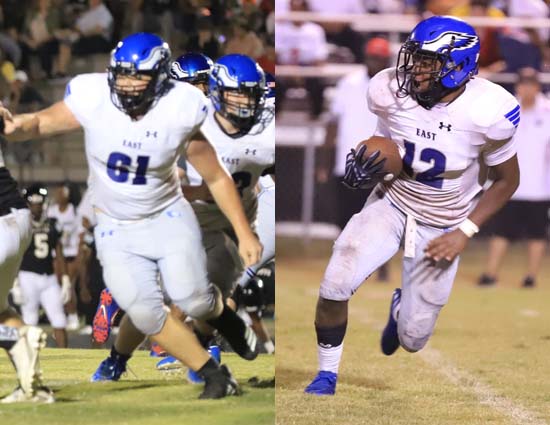 Stanley, a senior, and Hayes, a junior, were two of the linemen who helped clear the way for an Eagle rushing attack that piled up 3,389 yards rushing. Hayes also made two sacks on defense.

Hester, a senior, averaged 5.3 yards per carry while rushing for 623 yards and 9 touchdowns. He also intercepted 5 passes on defense.

Boykin, a senior quarterback, rushed for 1,145 yards and 16 touchdowns. He also passed for over 200 yards and 2 touchdowns.

Belle, a 250-pound junior, anchored the Knight defensive line. Ballard, a senior, rushed for 66 yards and a touchdown to lead the West offense against East Bladen.