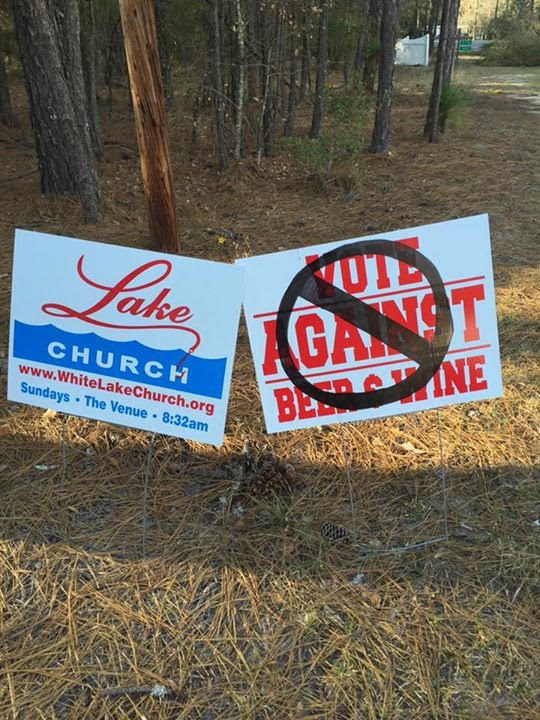 One day left in this Primary Election and some have been stooping to breaking the law to sway voters to their side. It has left many to wonder, if fairness and justice have been left out of this election season.

Pastor Cameron McGill from Dublin First Baptist Church and the Lake Church said about 50 signs were displayed around White Lake asking voters to vote against the Beer & Wine Referendum.

In replace of the signs against the Beer & Wine Referendum, new signs appeared asking voters to vote for the the referendum, right beside the Lake Church signs.

McGill said, “They took our signs and put these up to confuse people. It’s sad.” 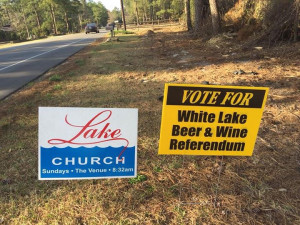 On top of all that, some of the signs that have been left in place against the referendum, have been vandalized.

Stealing and vandalizing is against the law; however, McGill said he would not be filing a report with law enforcement.