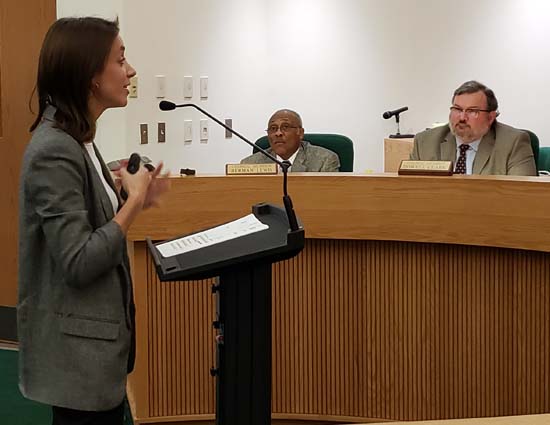 Sara Odio (pictured, above) from the UNC School of Government made a presentation on a program being offered through a Development Finance Initiative for communities impacted by Hurricanes Matthew and Florence. The program, Public-Private Partnership (P3s) for Housing, is designed to infuse private investment specifically for replacemnt housing for those impacted by the hurricanes. Odio stated other counties in the region have similar projects underway and Elizabethtown has been indentified as a candidate for this program. Council also met in closed session to discuss specific sites that have been identified by her staff. 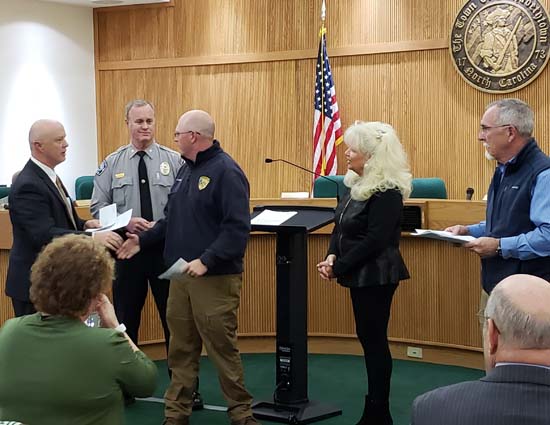 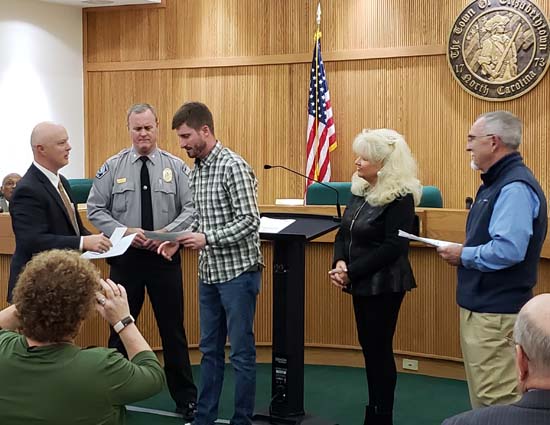 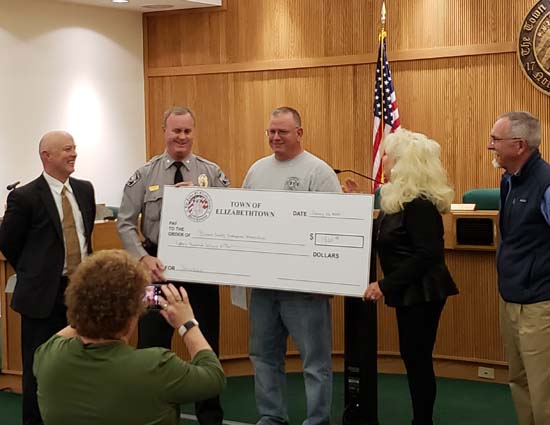 Council approved a resolution designating Jay Leatherman as primary agent and Pat DeVane as secondary agent in matters to execute and file applications for federal or state assistance for Dorian Disaster Relief and Emergency Assistance Aid.

In administrative matters, Council approved Tax Releases, Budget Amendment, and monthly Financial report; approved the Budget Calendar and set the annual Budget Retreat for Feb. 25; appointed Wayne Edge and Larry Richards to the Fireman’s Relief Board; and amended the the contract to Audit Accounts.

During the noon work session, Campbell presented new Police Officer Owen Peavy with a Town pin. Drew Blackwell of Cavanauth Solutions presented the results of Round 2 of the NC Water Loss Program. He provided information on the Leakage Component Analysis model and the Real Loss Component Analysis. This information will help the staff to understand appropriate intervention strategies for the Town’s water system.

Town offices will be closed on Monday, Jan. 20 in observance of the Dr. Martin Luther King Jr. holiday. The parade is scheduled for 11:00 a.m. on that day.