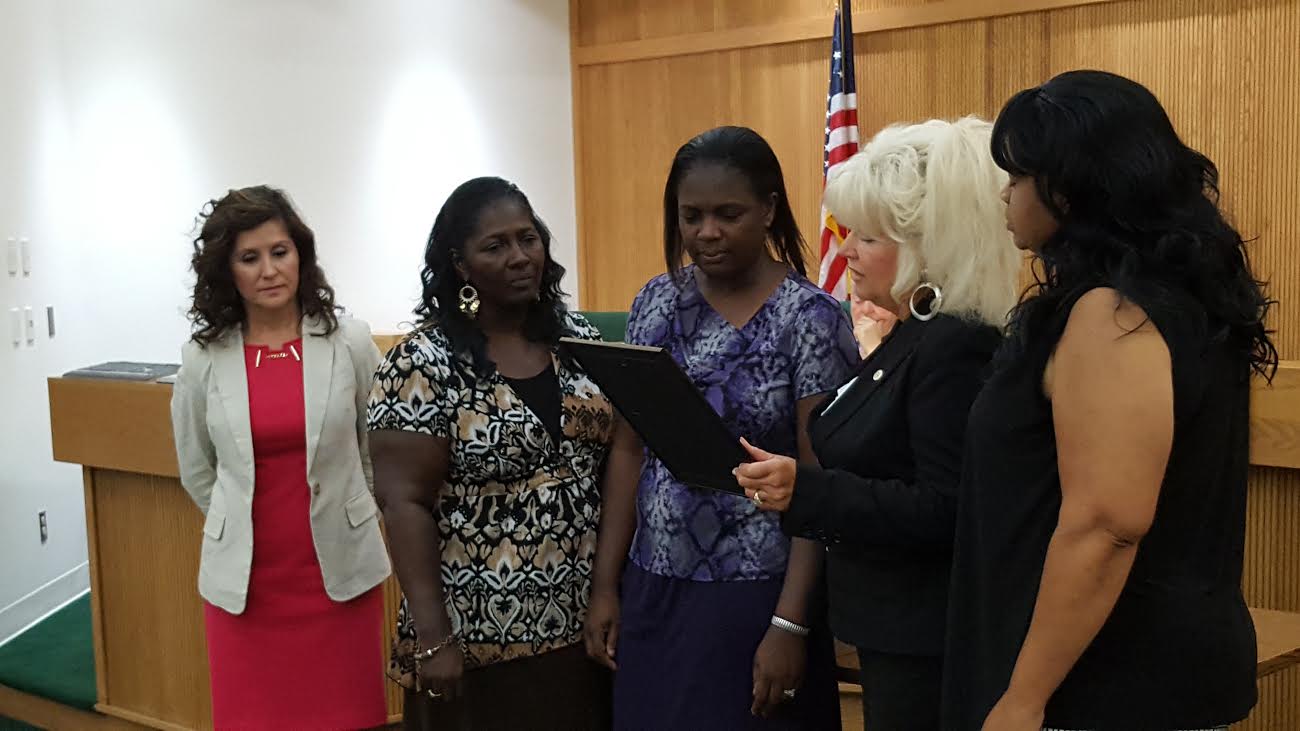 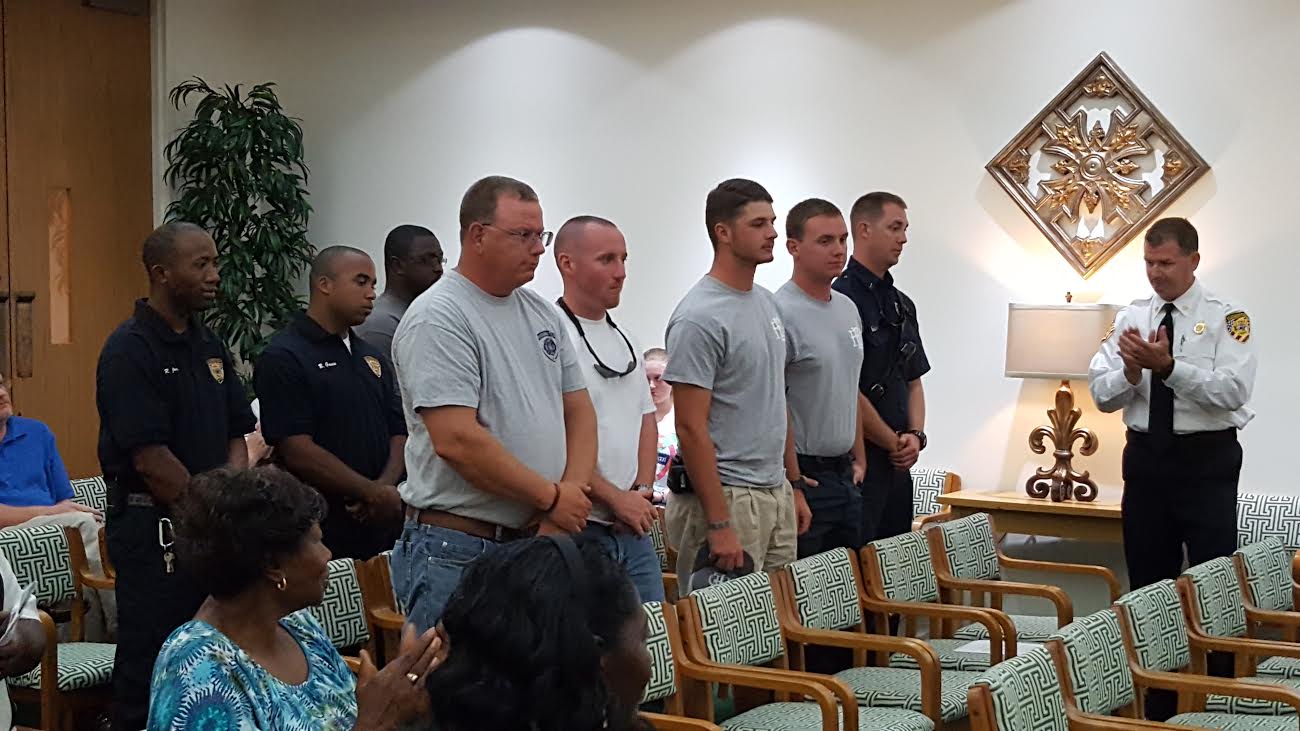 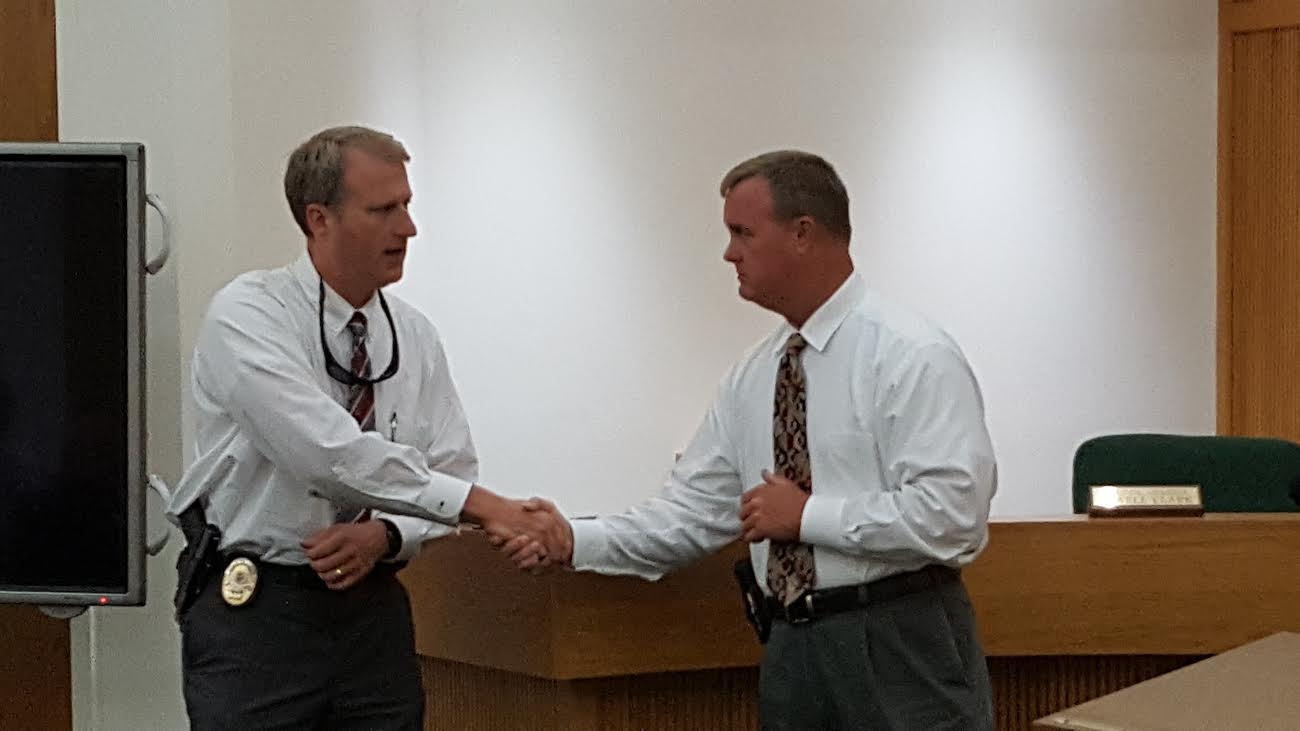 Elizabethtown Town Council met in regular session Tuesday evening with a public hearing on the agenda.  A Rezoning Request was presented from Jewel C. Pritchard and Cathy C. Gantz for property at 1201 East Broad Street from R-20 Residential to C-1 General Commercial.  Several residents of the neighborhood spoke against the rezoning.  Powell Cross, Sally Gooden and Warren Sholar all stated that the residents were against making any changes to the zoning for their “nice residential neighborhood because we want to keep it that way”.    Later in the meeting, Council disapproved the rezoning request as it was inconsistent with the objectives and policies in the adopted Land Use and Strategic Plan; and, the zoning map amendment was not reasonable and in the public interest at this time.

Police Chief Tony Parrish recognized Lt. Dewayne Cheshire for his heroic actions during a tragic wreck involving a farm tractor and a motor vehicle.  Lt. Cheshire saved a passenger in a partially submerged vehicle and assisted with CPR on the driver of the vehicle.

Fire Chief Nick West also recognized the many volunteer firefighters who have worked tirelessly over the last month.  They handled a multi-car accident and also 13 calls over an 8 hour period during the latest hurricane.  The department does have some paid staff but he is very proud of the work done by the volunteers in the department.

Mayor Campbell presented a Resolution to the family of Ms. Virgie McKiver who served 29 Years on the Elizabethtown Housing Authority Board. Campbell praised McKiver’s commitment to the Board and her tireless efforts in the work of the Board.  A second resolution was presented to Specialty Product Technologies in appreciation and recognition for their 50-year Anniversary in business.  SPIT was formerly Veeder Root/Danaher Industries.

In administrative matters, Council appointed Aquenetta Robinson to the Elizabethtown Housing Authority and Rufus Lloyd and Herman Lewis as voting delegates to the NCLM Conference in Raleigh; approved tax releases, Budget amendment, and the monthly Financial Report as presented.