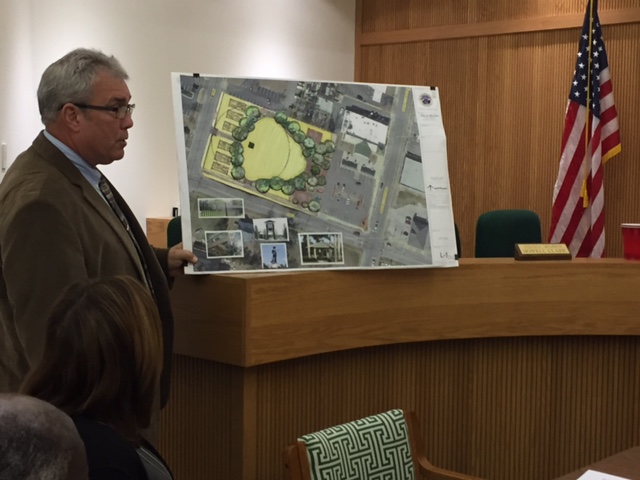 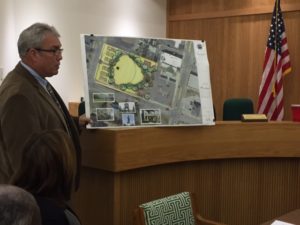 The Elizabethtown Town Council met on Monday during the noon work session and heard from Rod Fritz of the town’s planning department. Fritz presented a conceptual plan for the proposed Sally Salter Park. The park will be located on the property adjacent to the Cape Fear Farmers Market which until recently has been utilized as an overflow parking lot for the farmers market.

Town Manager Eddie Madden told the board that, in addition to a park location, the property also meets criteria for a well site.

Fritz said that Madden had spoken with him about the site and had shown him plans that W. K. Dickson had created. He told the board that he had chosen to call it the Sally Salter Town Green.

Tonight the board will consider approving the conceptual plan and the expenditure of $15,000 for test well on the property.

“I can’t think of anybody more deserving,” said Campbell.

Madden said that the picnic shelter is finished, the paving is complete and the walking trail has been installed. He said that town staff is exploring potentially relocating playground equipment currently located at Leinwand Park to Lloyd Park.