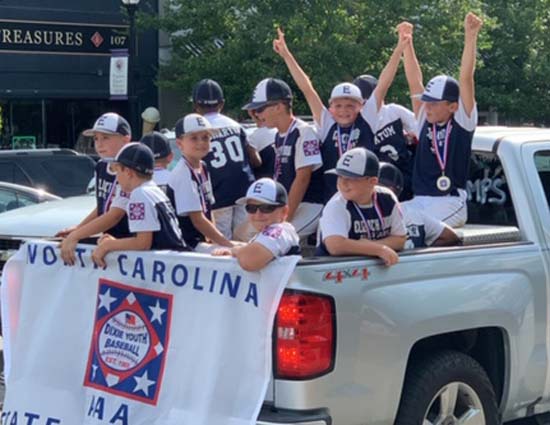 DUNN – Elizabethtown swept both games of a doubleheader from Stanley on Friday by identical 6-4 scores to win the Dixie Youth Baseball AAA (Minors) State Tournament.

The championship victory secured a berth for the Elizabethtown team in the Dixie Youth World Series in Ruston, Louisiana that begins with opening ceremonies Aug. 2. Elizabethtown will play the Alabama state champion on Aug. 3 at 8 p.m. Central Time. 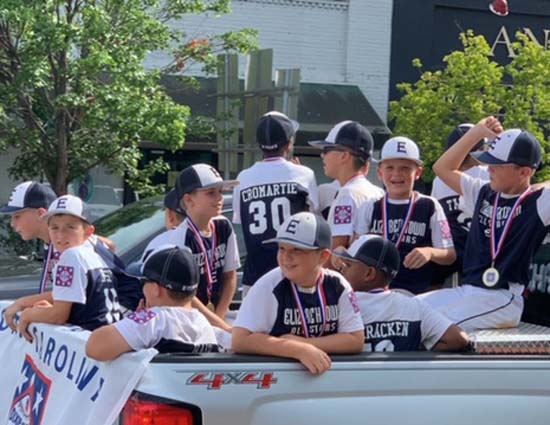 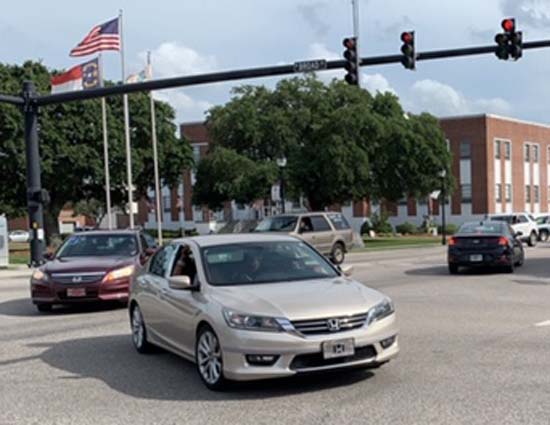 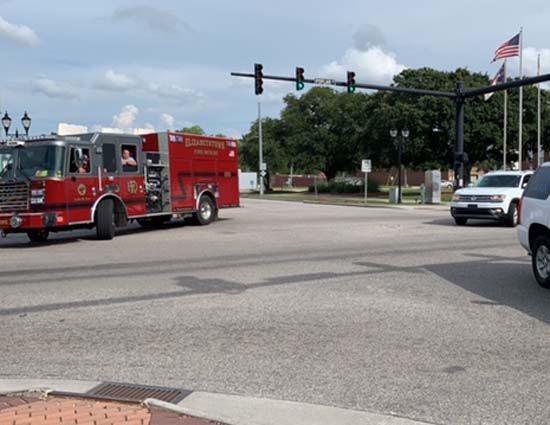 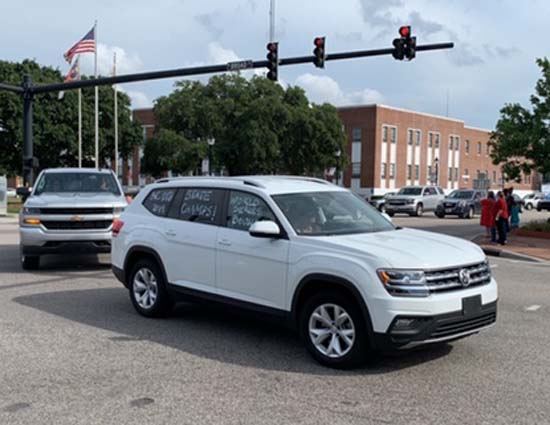 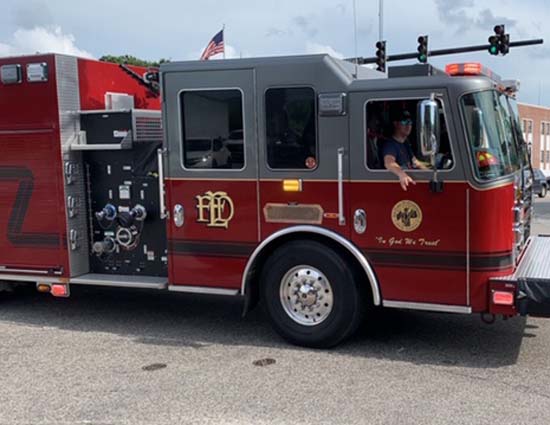 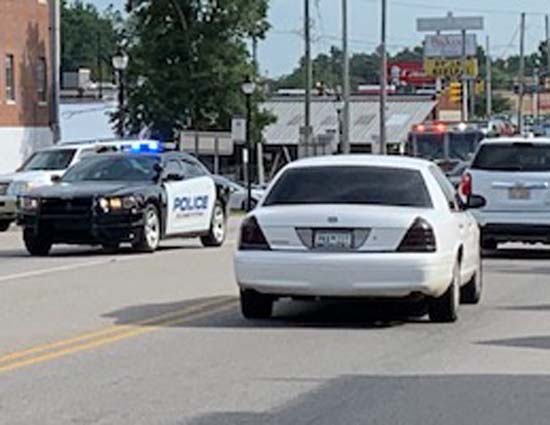 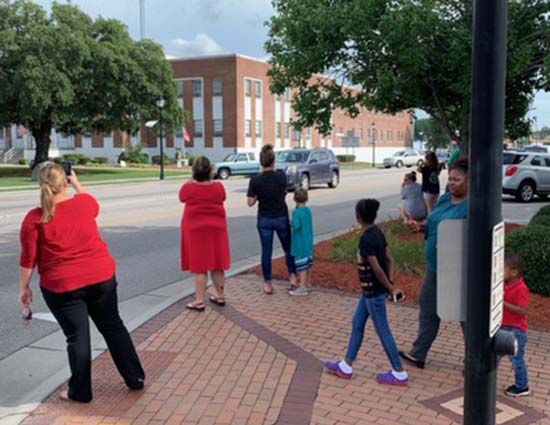 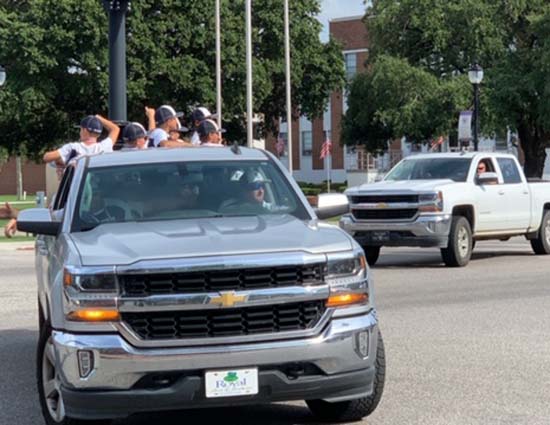 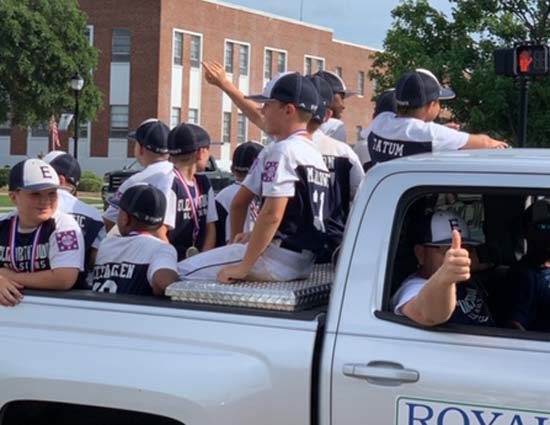 The team returned home Friday afternoon to a parade through downtown.

Friday’s two victories completed a run of six straight victories for Elizabethtown to claim the title after a 6-2 loss Sunday to Riegelwood in the second round.

The big advantage for Elizabethtown on Friday was defense. Stanley committed eight errors – four in each game – compared to only one error by Elizabethtown in the two games. “We played awesome defense,” said Elizabethtown Manager Kyle Bostic.

Bostic and his staff also did a fine job of juggling their pitching staff that was depleted by pitch-counts and having to play eight games in seven days. “We did all we could with all we had,” said Bostic.

Cromartie, Easton Bostic and Hatcher all pitched key innings Friday for the champions.

The Elizabethtown All-Stars have posted a 12-1 record in district and state tournament play..

Elizabethtown capitalized on four Stanley errors to build a 6-0 lead then survived one bad inning to hand Stanley its first loss in the tournament.

C.J. McCracken walloped a two-out double over the right fielder’s head in the first inning, then raced home when Josh Dawson hammered a double to left-center field.

Braylon Cromartie walked to begin the Elizabethtown third inning. Brady Marlowe was robbed on a backhand grab by the shortstop, who then threw the ball away. Cromartie scooted home all the way from first on the play. Jayce Hatcher beat out an infield hit, then moved to second on a wild pitch.

Easton Bostic pulled a grounder to third and a throwing error on the play scored Marlowe and Hatcher. McCracken yanked a single to left field that scored Bostic for a 5-0 lead.

Claxton Tatum swatted a single to right field in the fourth inning. After Collin Cole was hit by a pitch, a throwing error on Jaxon Hair’s grounder plated Tatum and boosted the led to 6-0.

Three walks, catcher’s interference, an infield hit and a single plated three Stanley runs and still left the bases loaded with no outs. After Hatcher relieved Cromartie on the mound, Tatum hauled in a fly ball in center field and fired a strike to catcher Dawson to cut down a runner at the plate and complete a double play.

An infield hit plated another run, but a force out at third base ended the inning with Elizabethtown up 6-4.

Stanley put the first two runners on base in the fifth, but Hatcher deflected a hot grounder to shortstop Tyler Eason who flipped to Cromartie at second base for the force out. Hatcher struck out the next batter to end the threat.

In the sixth inning, a grounder to McCracken at third base, a strikeout and a fly ball to Tatum preserved the victory.

McCracken batted 3-for-3 with two doubles, a run batted in and a run scored to lead the Elizabethtown hitters. Dawson clubbed the RBI double. Hatcher, Tatum and Cole connected for one hit each. Hatcher, Bostic, Tatum, Cromartie and Marlowe scored one run each.

Elizabethtown snapped a 4-4 tie with a pair of fifth-inning runs then held on for the championship-clinching victory in the second game.

C.J. McCracken dashed all the way to second base on a throwing error to begin the Elizabethtown fifth inning. After Josh Dawson walked, McCracken advanced on a wild pitch then scored the go-ahead run on a wild pitch. Collin Cole lined a two-out single to left that scored Braylon Cromartie, the pinch-runner for Dawson.

A single opened the Stanley fifth, but Hatcher snared a pair of grounders, and Tatum made a diving catch in center field to keep the lead at 6-4.

Tatum raced into right-center field to grab a fly ball that began the Stanley sixth inning. Shortstop Tyler Eason threw out the second batter in the inning. After an infield hit, Cromartie fielded a grounder and forced the runner at second base to end the game.

Hatcher reached base on a dropped pop-up to start the game and advanced to third base on a pair of wild pitches. Eason knocked in Hatcher with a single to right field for a 1-0 Elizabethtown lead.

Stanley threatened in the home first with a walk and a sacrifice bunt, but Tatum cut down the runner at the plate with a strong throw to catcher Dawson who made a fine swipe tag for the out.

Stanley used two hits and two wild pitches to take a 2-1 lead in the second inning.

Cromartie reached base on an error to begin the Elizabethtown third inning. Brady Marlowe drew a walk, and Cromartie moved to third base on a fielder’s choice. McCracken sliced a two-out single to right field that scored Cromartie and tied the game 2-2.

Eason smashed a single to left to start the Elizabethtown fourth inning. Tatum ripped a shot off the shortstop’s glove for a single. Jaxon Hair raked a single down the left field line to load the bases. Fox Sutton slammed a single to left-center field that scored Eason and Tatum for a 4-2 lead.

Stanley bunched three singles around a wild pitch to score two runs in the bottom of the fourth to tie the game 4-4. 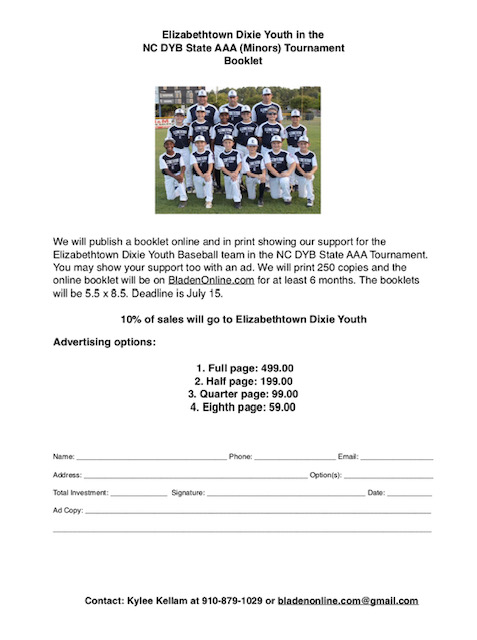