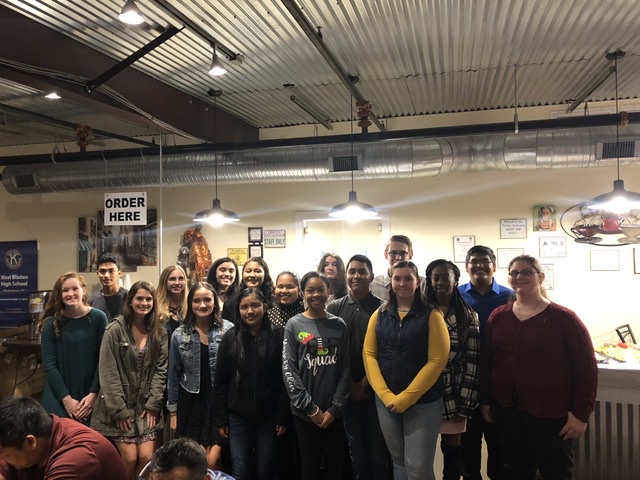 The West Key Club members are learning how to lead and stand for what’s right through service and volunteerism. In partnership with Elizabethtown Kiwanis Club, high school students are making a positive impact as they serve others in their schools and communities.

The West Bladen Key Club celebrated their new charter this week with an induction ceremony hosted by the Elizabethtown Kiwanis Club at Cindy’s Restaurant in Elizabethtown.

Dr. Lisa Bryan, President of the Kiwanis Club said to the new Key Club members, “I am so proud of each and every one of you!”

Rivera and Posas gave a speech about their goals and the starting of the club. The West Bladen Key Club assisted in the success of the annual Kiwanis Canned Food Drive Challenge and the club has started a coat drive for the winter. Several other service projects are planned as well.

Daine Smith, Key Club Student Advisor said, “I am impressed by their leadership, the response from the school, and the student body.”