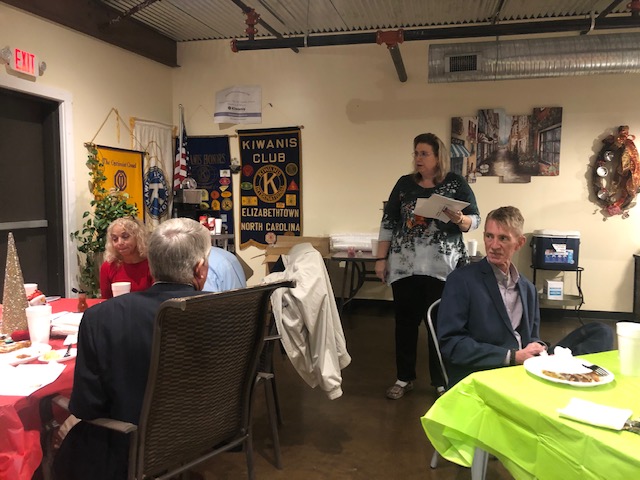 The Elizabethtown Kiwanis Club held their annual Christmas party at Cindy’s on Highway 710 in Elizabethtown. The club invites teenage ladies from the Boys & Girls Homes of NC to attend the event every year. Before the evening meal, club members take the youth on a shopping spree at Leinwands.

Club President Dr. Lisa Bryan, announced the club would be celebrating their 65th year as a chartered Kiwanis Club. Mr. Donald Worsley, one of the founding members is still a member of the local club, Dr. Bryan stated.

Club Vice President Daine Smith announced the East and West Bladen Key Clubs are going strong. The annual Can Food Drive Challenge between the two schools was a huge success.

Mr. Smith said, “West Bladen took home the trophy again this year for collecting the most cans, but there are no losers in this contest.”

Club member Michael Aycock reported the Bladen Crisis Center is still sorting through all the donations from the challenge and the center is very pleased.

Dr. Bryan reminded those in attendance there will be an induction ceremony of 28 new West Bladen Key Club members from the West Bladen Club at Cindy’s on December 10th.

Before closing Dr. Bryan encouraged all members to donate to a good cause during this holiday season. The next club meeting will be held on the third Tuesday in January at Cindy’s starting at 6:30 p.m. 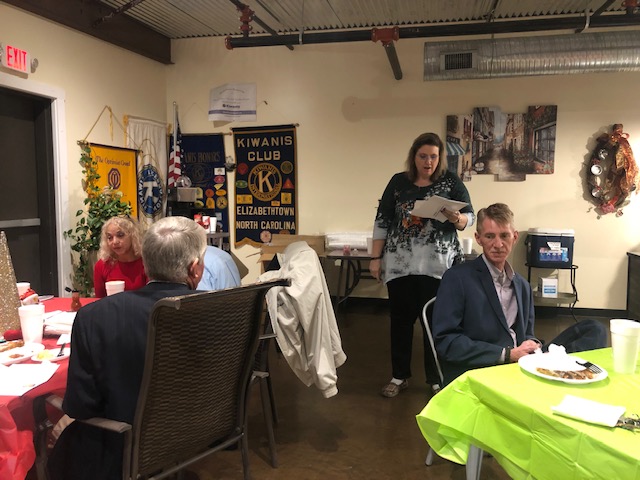