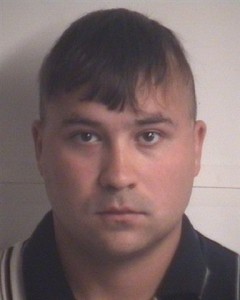 An Elizabethtown man was charged with statutory rape Thursday after two victims reported the allegations to a school official, according to Bladen County Sheriff Jim McVicker.

Ryan Jacobs Hester, 25, of the 300 block of Governors Estate Drive, was charged with one count of statutory rape of a 13- 14- or 15-year-old and two counts of first degree statutory sex offense on a child as well as other charges, McVicker said. The investigation began Jan. 19, he said.

McVicker said the investigation is continuing and more charges may be forthcoming.