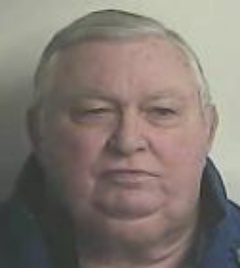 A man known for his work with community organizations is free on bond while facing charges of assault with a deadly weapon inflicting serious injury.

Charles Simmons Cain, 74, of Scout Lane in Elizabethtown, had his $1,000 unsecured bond on the charge revoked Wednesday during a hearing in Bladen County Superior Court after Judge Douglas Sasser found that Cain tried to contact the alleged victim, his wife, Grace Cain, and also violated the terms of his pre-trial release program. The state had requested a $20,000 secured bond.

Sasser ordered Cain held on a $5,000 secured bond and ordered him not to have any contact, either directly or indirectly, with the alleged victim. Cain was booked into Bladen County Jail, where he posted bond. He no longer is under in-house arrest.

Cain’s charge stems from an incident that took place in the couple’s home in late October 2015. Grace Cain was hospitalized and later spent time in a rehabilitation center before moving into a relative’s home in January, according to court testimony Wednesday.

Cain has no prior criminal violations on his record. He retired in 1996 after working 37 years for CP&L and is a native of Bladen County, according to testimony Wednesday.

The contact violation took place in late December when Charles Cain had a relative deliver Grace Cain’s mail and a cell phone that he wanted Grace Cain to have, according to the testimony of Becky Schnepf. Grace Cain got a call on the phone, but did not answer because she recognized the number. Charles Cain left a voice mail inquiring about Grace Cain’s health, Schnepf testified, but Grace Cain never heard the message.

“(Grace’s) phone broke and I wanted to get her a phone like the one she had before,” Charles Cain testified. “I traded in a smart phone for a flip phone because that’s what she likes. It was intended as a Christmas gift.”

There were two violations of the pre-trial release program between Dec. 9 and Jan. 31, according to the testimony of Bladen County Sheriff’s Sgt. Kevin Hunsinger. Cain was wearing a GPS device so law enforcement could track his movements.

Hunsinger testified that twice Cain went to Melton’s restaurant in Elizabethtown, which violated the terms of the program. Under conditions of the program, Cain could only go out for doctor’s appointments, to meet with his lawyer, court appearances and to pick up prescribed medications.

Hunsinger testified that he warned Cain after the first time he went to Melton’s. Cain told Hunsinger he had gone there regularly in the past and went to visit friends. “He apologized for going,” Hunsinger said.

“So, you decided to get in your car while feeling disoriented and drive to Melton’s to get some grits instead of calling 911?,” Assistant District Attorney Glenn Emery asked Cain under cross-examination.

“It was probably a bad decision,” Cain said, “but the water was out at my home due to a (vehicle) wreck that had happened.”

In his closing arguments, Emery said that Cain had violated terms of his bond at least four times and should be back in custody. If not place in custody, he requested a $20,000 secured bond and to have no contact with the alleged victim.

Cain’s lawyer, Goldston Womble, argued that Cain “was candid with court.” Womble said that Cain admitted he did have a phone and mail delivered to his wife.

“He’s now fully aware of the consequences and he won’t have further difficulties with the conditions,” Womble said. “These were not the most egregious violations. We’re doing everything possible not to have technical violations, but Mr. Cain’s case is further exacerbated by being a severe diabetic.

“If you allow bond, we can make arrangements to help provide for Mr. Cain’s needs with no technical violations. There was no evil intent in getting the phone for his wife.”