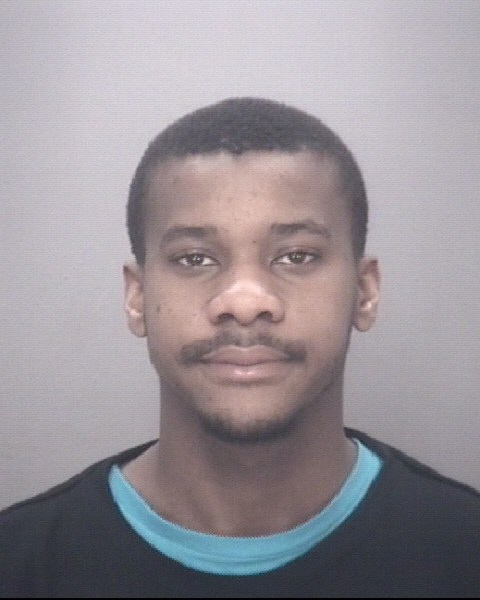 An Elizabethtown man pled guilty to one count of felony arson on Monday in Bladen County Superior Court.

Brandon Malik Malone entered an Alford Plea to one count of first-degree arson. According to the plea arrangement, two charges of attempted first-degree murder were dismissed.

Judge Douglas Sasser sentenced Malone, according to the plea arrangement, to 44 to 65 months active with credit for 67 days already served and a recommendation for a work release program and supervised probation after his active sentence has ended.

Bladen County Assistant District Attorney Quentin McGee told the court that on January 4, 2018, Malone was at Apartment 5B at the Mercer Road Apartment complex in Elizabethtown. He said Malone set fire to the apartment which was “inhabited by two individuals.”

McGee said the Elizabethtown Police Department responded to the scene at the request of the fire department.

“Flames could be seen coming from the apartment,” said McGee.

He said the police department evacuated the neighboring apartments. McGee said Patrolman Todd spoke with Grace Lupo, who rents the apartment, and learned she had her daughter with her at the time the fire was set.

McGee told the court Ms. Lupo told the officers, she and Malone were arguing over him talking with another woman. McGee said Malone got upset.

McGee said Ms. Lupo told officers she was taking Malone’s belongings out to his car and on the way back inside she saw Malone ushering his daughter outside. McGee told the court that when Ms. Lupo went back inside she discovered a fire in a closet.

McGee said, “Malone indicated something to the effect of you’re going to need help to put that out. He admitted to making the statement.”

When asked about restitution,  McGee said the court did not seek restitution as the insurance company had paid for the damage to the apartment.

David Malone, who represents Malone, said, “He did something wrong in a fit of anger.”

Wall added Malone has two young children and he indicated Ms. Lupo and Malone’s mother were also present in court. They left the courtroom after Malone was sentenced.