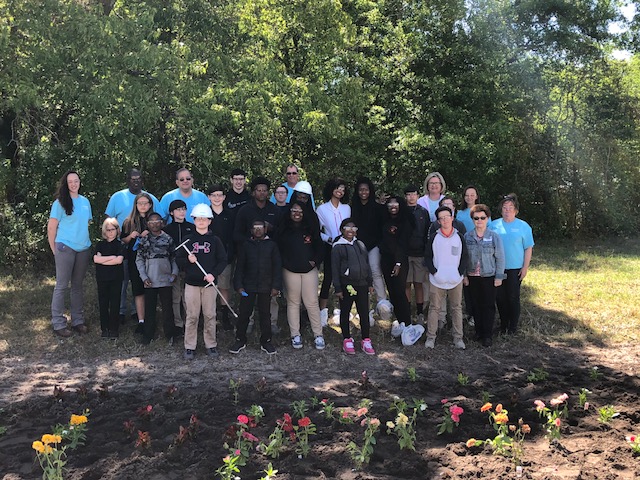 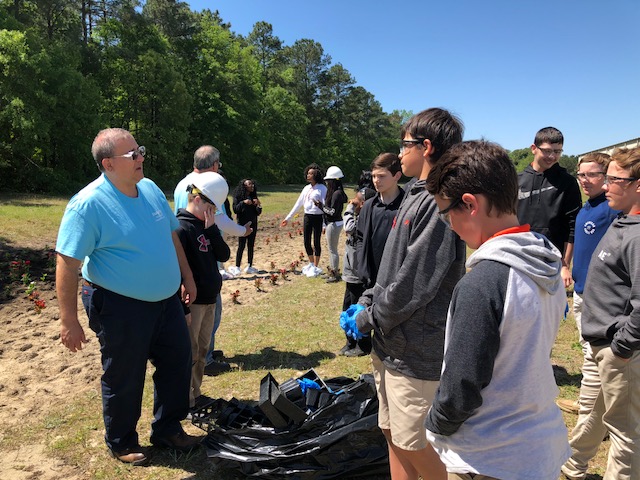 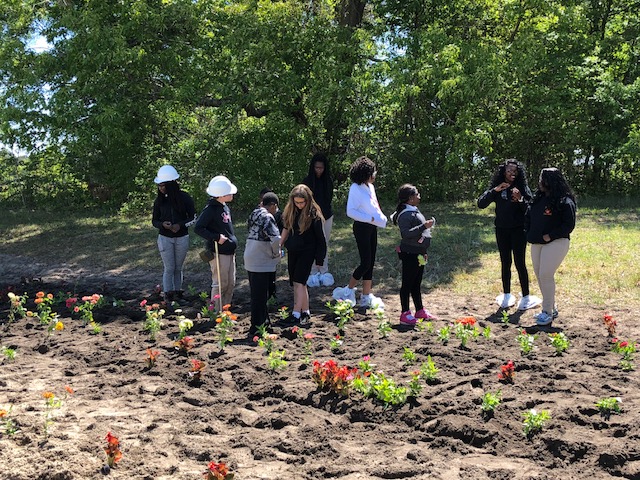 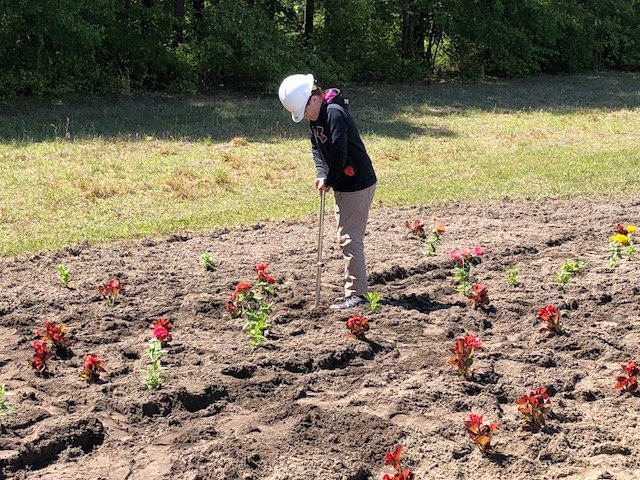 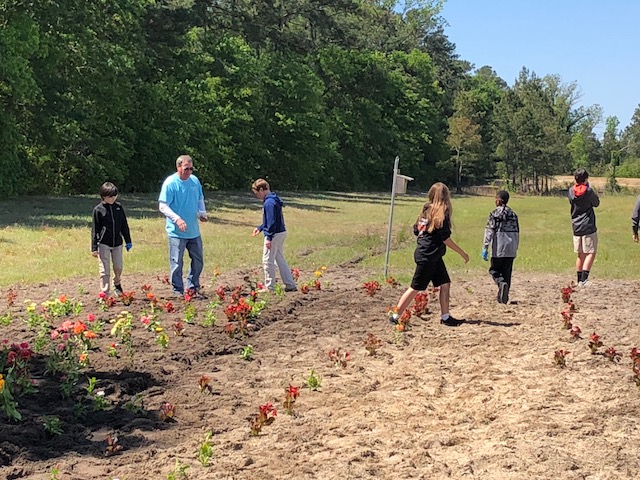 According to Janet Huggins and Pam Tatum, who were chaperones for the group, the students consisted of 5th, 6th, 7th and 8th grade students who were selected to take part in the event.

Jackson said the students learned about the company as well as about the importance of pollinators.

“We put on a program for the local school about pollinators,” said Jackson.

When the students arrived at the Kuraray American site, they were shown videos about the importance of pollinators such as butterflies and bees and then shown a safety video before proceeding outside to get started planting the garden. The garden consisted of Zinnias and other flowering plants and Jackson said the students also planted milkweed seeds. He explained that milkweed is a primary source of butterfly larvae.

The students also learned how to take a soil sample so they can study the nutrient requirements for their newly planted garden. Located beside the garden is a Bluebird nest box. Jackson said the students got to see the Bluebirds who are nesting in the box.

Jackson said the idea came about as employees were thinking about what they could do to celebrate Earth Day and the idea of a pollinator garden was presented.

Jackson said they hope to be able to partner with another school in the county for a similar project in the fall.