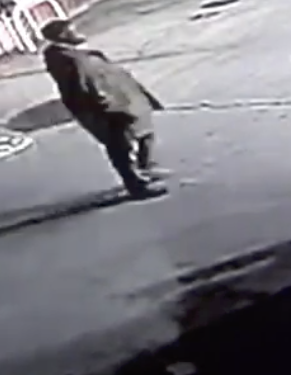 The Elizabethtown Police Department is asking for the public’s help in identifying the suspect involved in the breaking and entering of the Dragonfly Coffee House on West Broad Street last week.

Lt. D. Cheshire has released security camera footage of the suspect in the hopes someone may recognize him. The suspect is describe as mid-30 to early 40s black male

“We have got footage from the Scotchman which shows him walking in the direction of Dragonfly,” said Lt. Cheshire.

He said the police department also has video footage from Bridgers Barber Shop and Tokyo Express that also show the suspect as he enters and leaves the ally behind the Corner Cafe.

Anyone who recognizes the individual is asked to contact the Elizabethtown Police Department at 910-862-3125.