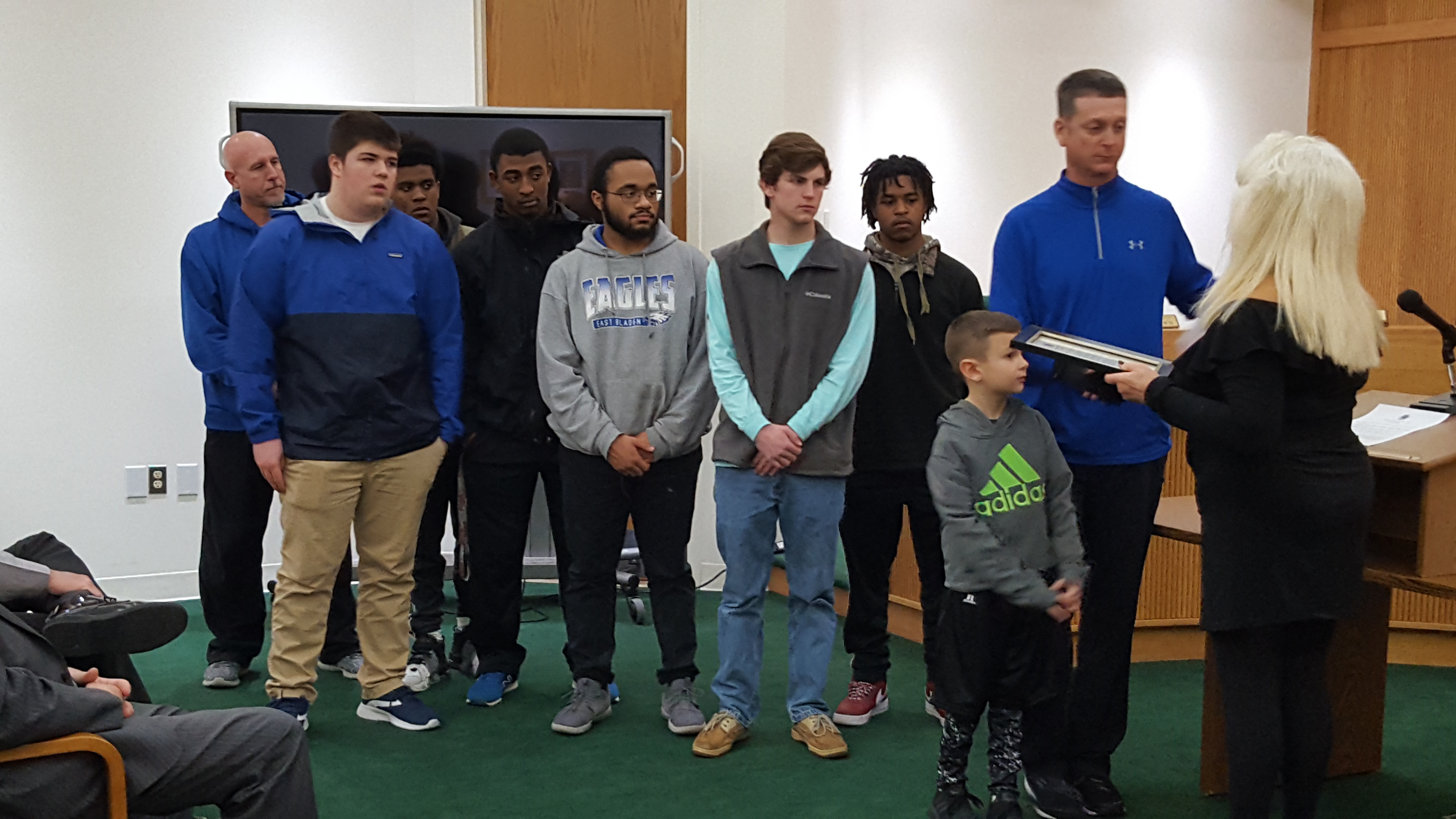 During the regular meeting of the Elizabethtown Town Council Monday evening, a special recognition was held for  East Bladen High School Varsity Football Coach Robby Priest.  Coach Priest was named Assistant Coach for the Shrine Bowl as well as the Three Rivers Conference Football Co-coach of the Year.   Mayor Campbell praised Priest for his success with the team which she said “shows signs of a great coach, hard work and dedication.”  She praised him for his work with the team and his ability to continue to motivate the players year after year.

Council members also recognized Mike Shaw and the “Pork and Beats” Festival Committee for such a successful event.  The festival which was coordinated by Shaw and his committee along with Town staff was the first “Main Street” event held by the Town of Elizabethtown.

A new lease agreement was approved for Elizabethtown Deli and Subs  in the unoccupied space at the Farmer’s Market.  JTS Group, Inc. will have the space for the next five years.  The owner, James Thomas Stephens, plans to serve deli sandwiches, soups and salads.  Mrs. Stephens will also carry several labels of NC wines and NC craft beers.  He plans to be open for lunch and dinner hours.  Council also approved a grant application on behalf of the Elizabethtown Deli and Subs for a Building Reuse grant from the NC Department of Commerce.  Some interior building renovations will be required which are eligible expenses for the grant.  A local match of 5% is required by the Town which will include replacing signage for the new business.