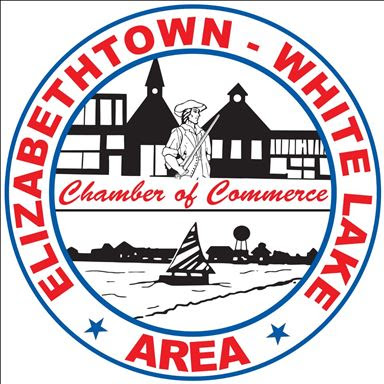 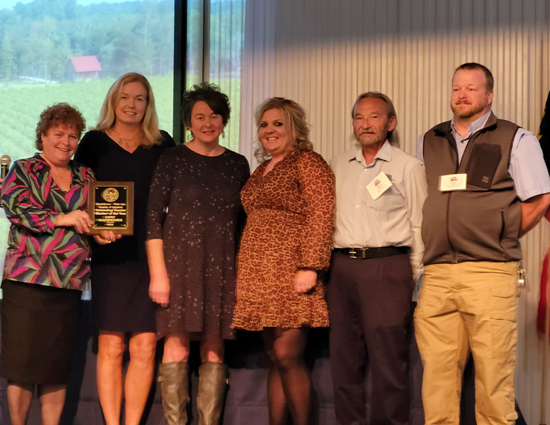 The Chamber Member of the Year is given to a member organization or business that has shown exceptional service and dedication throughout the prior year. The award recipient may be celebrating a milestone, have accomplished remarkable achievements, and overcome tremendous obstacles. The award recipient embodies the values of the Chamber and is involved in the overall success of the Chamber and the community.

The management and staff at Camp Clearwater are very active in the Chamber and serve on many committees. They have increased their activities and opened more of them to the general public effectively enhancing the attraction and image of White Lake while constantly upgrading their property. 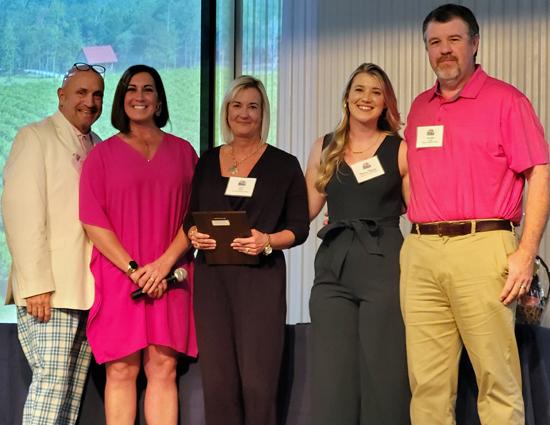 The Outstanding Small Business Award is given to an individual(s) who represents a Chamber Member. The individual receiving this award is invested in the success of the Chamber, local businesses, and the community.

The Burneys not only have expanded their businesses to several other areas, but their flagship shop in Elizabethtown has become a “must visit” destination in Bladen County. Michael and Gina are active on the Downtown Committee, participated in a radio campaign promoting shopping in Elizabethtown, and provide great advice and feedback to efforts of the Chamber and the Cape Fear Farmers Market. 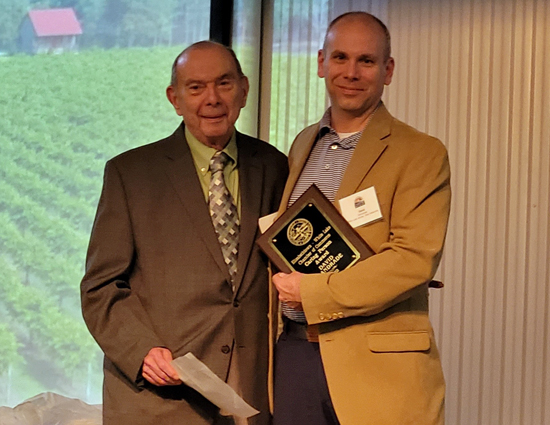 The Caring Person Award is given to an individual, who may or may not be a Chamber member, for meritorious service to the community. This award is presented to the individual who understands and demonstrates how the public, business community, and government work together to provide service to the community. The individual receiving this award has played an important and sustained role in numerous community activities, often behind the scenes. The person recognized may have also received prestigious awards for the various activities in which he has been involved. This individual has given not only his time to these activities, but also donated needed resources.

According to the nomination form, deAndrade gives quietly and has for many, many years. ”After a visit to El Salvador, he started a non-profit foundation, 828 Networks. The Foundation has a long-term commitment to providing educational opportunities to El Salvadoran children who would otherwise not have that opportunity providing satellite internet and laptops.

“His works is also seen locally. During hurricanes, 828 has provided meals, water and resources to those in need. He has purchased a home to help a gentleman being released from prison that gave the man a fresh start and saved the man’s job for the 15 years that he was imprisoned. He has helped a recent widower with mortgage payments so the house would not go in foreclosure and so the man and his young son would have a home. Most recently David provided a camper and lot space for a homeless man until he can get on his feet.

“David is credited with having a servant’s heart, caring for his employees like family, and great customer relations. He is an active member of his local church, Board of Directors at Harrells Christian Academy and the Foundation Board of Directors at Bladen Community College. He is part of a C12 group out of Wilmington that is based on Christian principles within the workplace for businesses.” 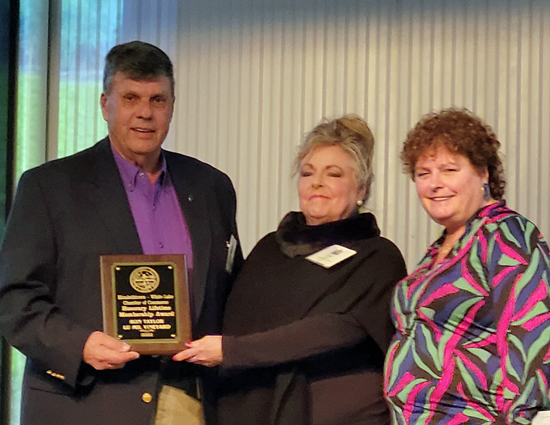 The Honorary Lifetime Membership award was established to recognize and to give the highest regards to an individual who has served the Chamber in an outstanding and on-going manner. The award is presented to an individual who has been a model Chamber member, a caring businessperson, an active community participant, and an all-around good citizen. The award recipient will have demonstrated the Golden Rule in his endeavors

Taylor has been a visionary, entrepreneur and owner of multiple Bladen County businesses with a strong emphasis on agriculture. Born in Bladen County and very proud of where he comes from, Ron has spent his life creating relationships allowing others to enjoy, experience, and benefit this area that he so proudly calls home. 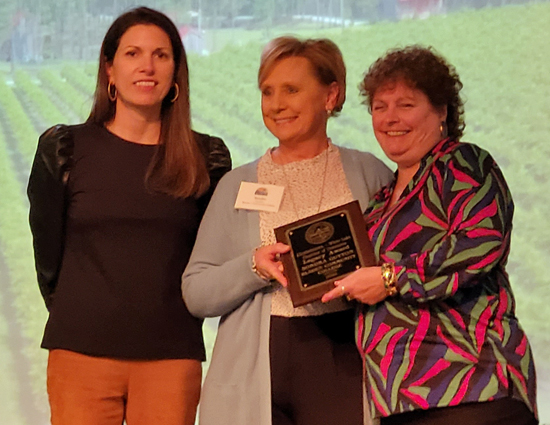 The Legacy Award recognizes a person who through the course of their employment and their day-to-day job, has supported the efforts and initiatives of the Chamber. They have taken an active leadership role and provided valuable counsel in important business development matters. They are honored for their level of collaboration. This nominee can be a Chamber member, an elected official or county or town employee.

Guyton has been avid supporter of the Chamber of Commerce’s efforts for many years, serving on the Board of Directors and on several committees. Sondra has helped institute changes at BCC and at the Chamber that align the two organizations’ efforts in the areas of workforce development, small business development and overall “quality of life” improvements. Recently, Sondra co-chaired the Prosperous Economy subcommittee for the Bladen County Strategic Plan with the Chamber’s Executive Director. A lifelong resident of Bladen County, Sondra is always focus on creating the best opportunities and possibilities for Bladen County residents and businesses.